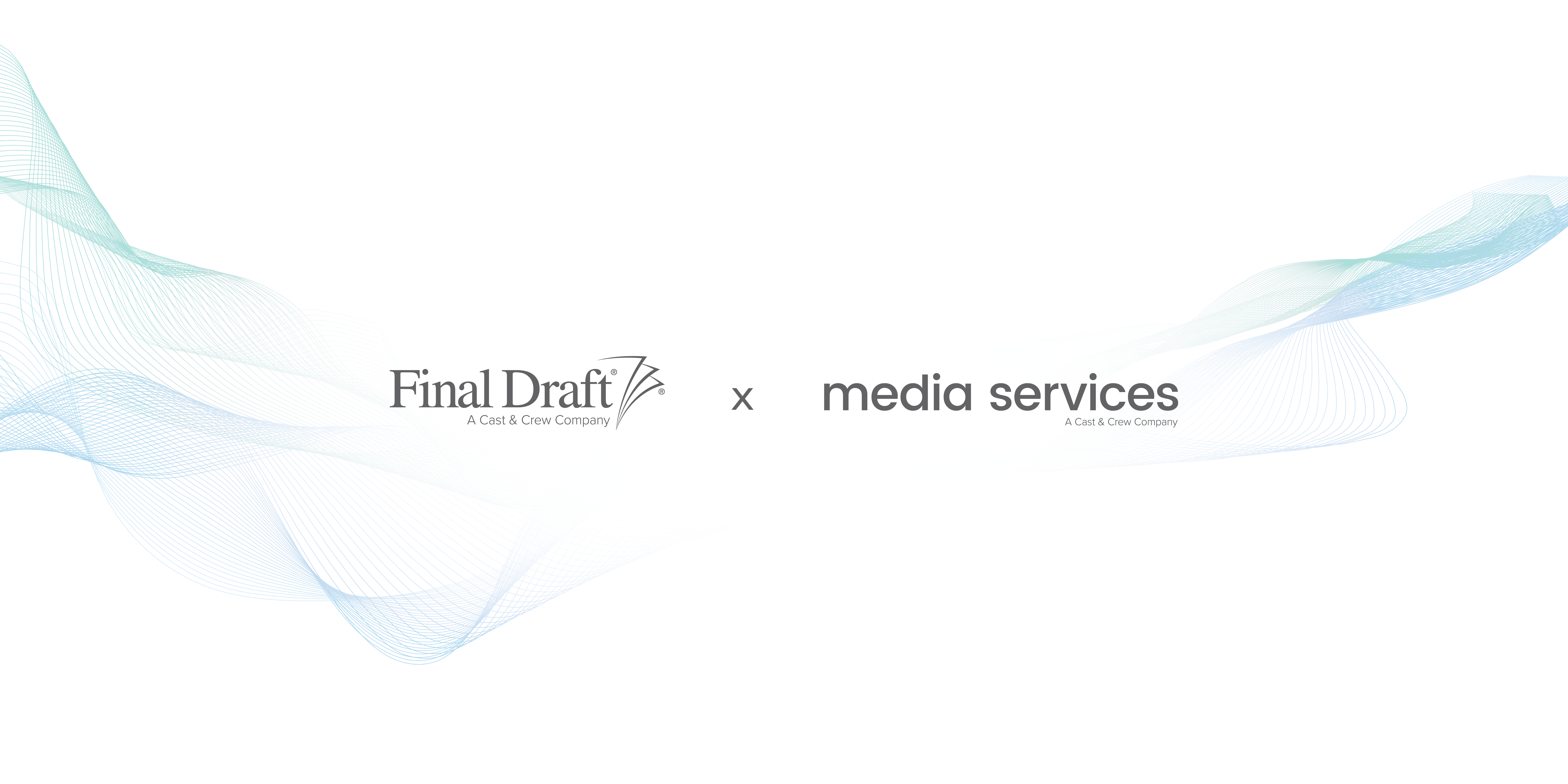 Wow. You think you know someone...

For decades, Final Draft has provided the industry-standard for scriptwriting software. The intuitive layout and best-in-class customer support make the platform a writer’s dream. Longtime users might be surprised to discover that with Final Draft 12, they’re barely scratching the surface of what the storied (pun intended) software can do. With this newest update, Final Draft has become a robust tool, not just for scribes, but for creators and producers as well.

In a special Webinar hosted by Media Services, Final Draft’s experts pulled the curtain back to demonstrate the full power of Final Draft 12 throughout the lifecycle of a project. The team broke down many of the features that make the software more than just a fancy word processor. To give you a taste of the possibilities, here are three of the coolest features that help carry your script through production:

The bottom line: Final Draft 12 looks beyond the finished script to see the finished film, show, or play, and everything within this program is geared toward making it happen. Every project starts with an idea. A story. A script. The newest features in Final Draft effectively make it the brain center for your production, empowering a creator to walk on set with a complete binder ready to be handed off to every department, giving context and familiarity to the things they are trying to accomplish. While Final Draft has always been a scriptwriter’s best pal, producers are about to discover that they’re at the start of a beautiful friendship all their own.

This quick overview barely scratches the surface. Go here to watch the webinar for yourself to discover all that Final Draft 12 can do for you and your production.