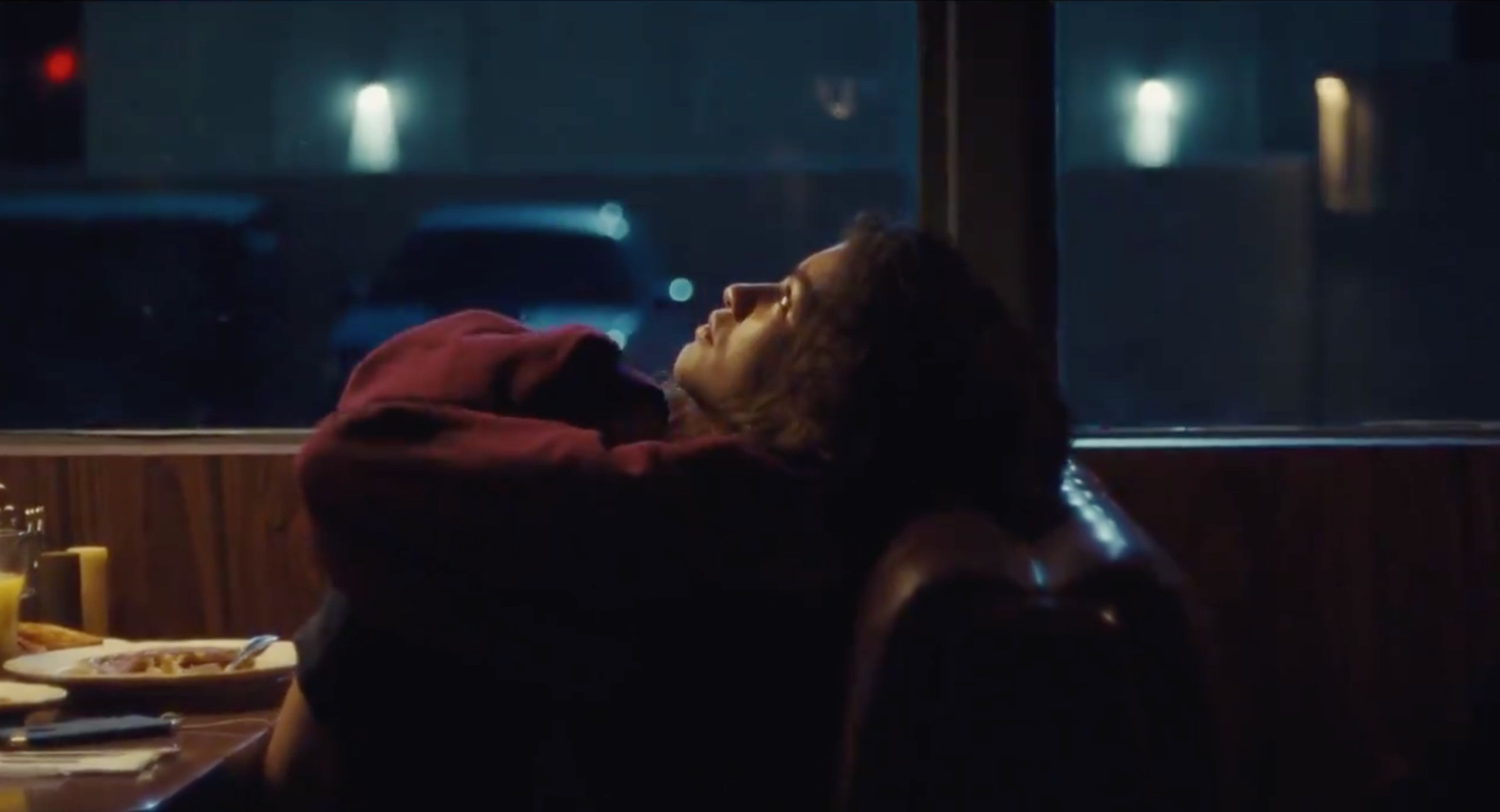 Television has always had a way of starting new conversations with large audiences, and often, these discussions pave the way for great social change. Look no further than a show like All in the Family to see how TV characters can deftly cover complicated topics like racism, misogyny, and homosexuality. Television is our great social counselor. The format helps viewers get to know characters they might not encounter in their own lives, and the writing can humanize underrepresented minority groups. Representation of the LGBTQIA+ community has certainly evolved, making enormous strides in the last handful of years. When Billy Crystal played the first openly gay primetime television father, Jodie Dallas, on Soap, it was a ground-shaking event. Now, we’re treated to dozens of shows with LGBTQIA+ family members who deal with more than just the scope of their sexuality. More representation means better stories, and these five fantastic shows have each played a part in the evolution of the conversation.

HBO’s teen drama Euphoria is a mature look at the lives of a small group of high school students who struggle with issues of sex, drugs, and identity. With phenomenal cinematography and a lush score by English producer Labrinth to boot, Euphoria draws you in with the beautifully complex relationship shared by Rue (Zendaya), a recovering addict, and Jules (Hunter Shafer), a transgender girl she befriends upon returning to town. This relationship is the heart of the show, as the two young girls desperately try to find their footing in the world. Creator Sam Levinson even used Hunter Shafer’s real personal experiences as a transgender woman to help create authentic storylines. The show is beautiful, complex, and endlessly watchable.
IMDb: https://www.imdb.com/title/tt8772296/ 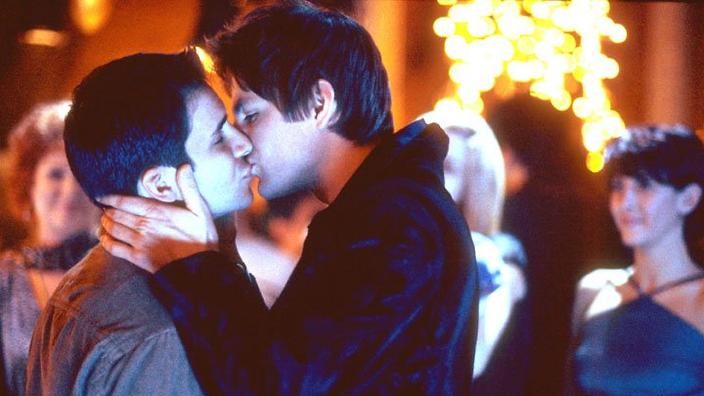 When Queer as Folk ended its five-year run in 2005, the series had made history as the first hour-long drama on American television to focus solely on the lives of gay men and women. In fact, the pilot episode famously showcased one of the first ever homosexual lovemaking scenes ever televised. Based on the British program of the same name, the Pittsburgh-based remake covered a lot of important ground in its run—everything from same-sex marriage to the HIV/AIDS crisis—always blending human drama with deep humor to build the show’s undeniable charm. Interestingly enough, a large portion of the show’s audience was heterosexual women by the end of its run, demonstrating to the networks that stories of this nature have broad appeal beyond just the LGBTQIA+ community. And be sure to stay tuned, because yet another remake is on the way...
IMDb: https://www.imdb.com/title/tt0262985/ 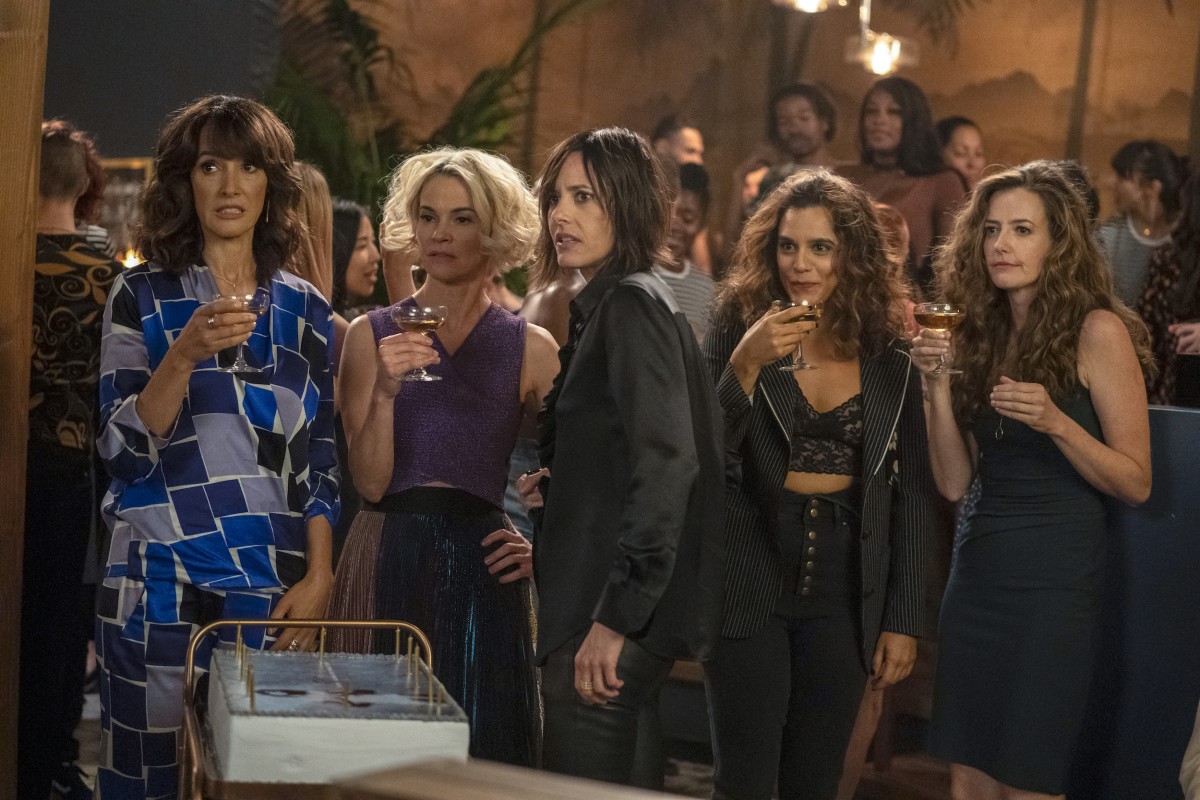 What do you get when you follow the lives and loves of a group of close-knit LGBTQIA+ women living in West Hollywood? Well, The L Word, of course. Showtime’s 2004 series is a spectacle—hot, sexy, and fun—while dealing with the politics and dramas of being a lesbian, bisexual, or transgender person in modern America. From the get-go, The L Word was met with critical acclaim and big ratings. Up until the show’s debut, openly gay female characters were few and far between on television. Often, it took reading between the lines to deduce such a character trait. For six seasons, the outstanding cast changed that standard, dealing with everything life threw their way—adoption, hidden gender politics, infidelity—all through the prism of the modern gay community. Importantly, the show was always unabashedly fun.
IMDb: https://www.imdb.com/title/tt0330251/ 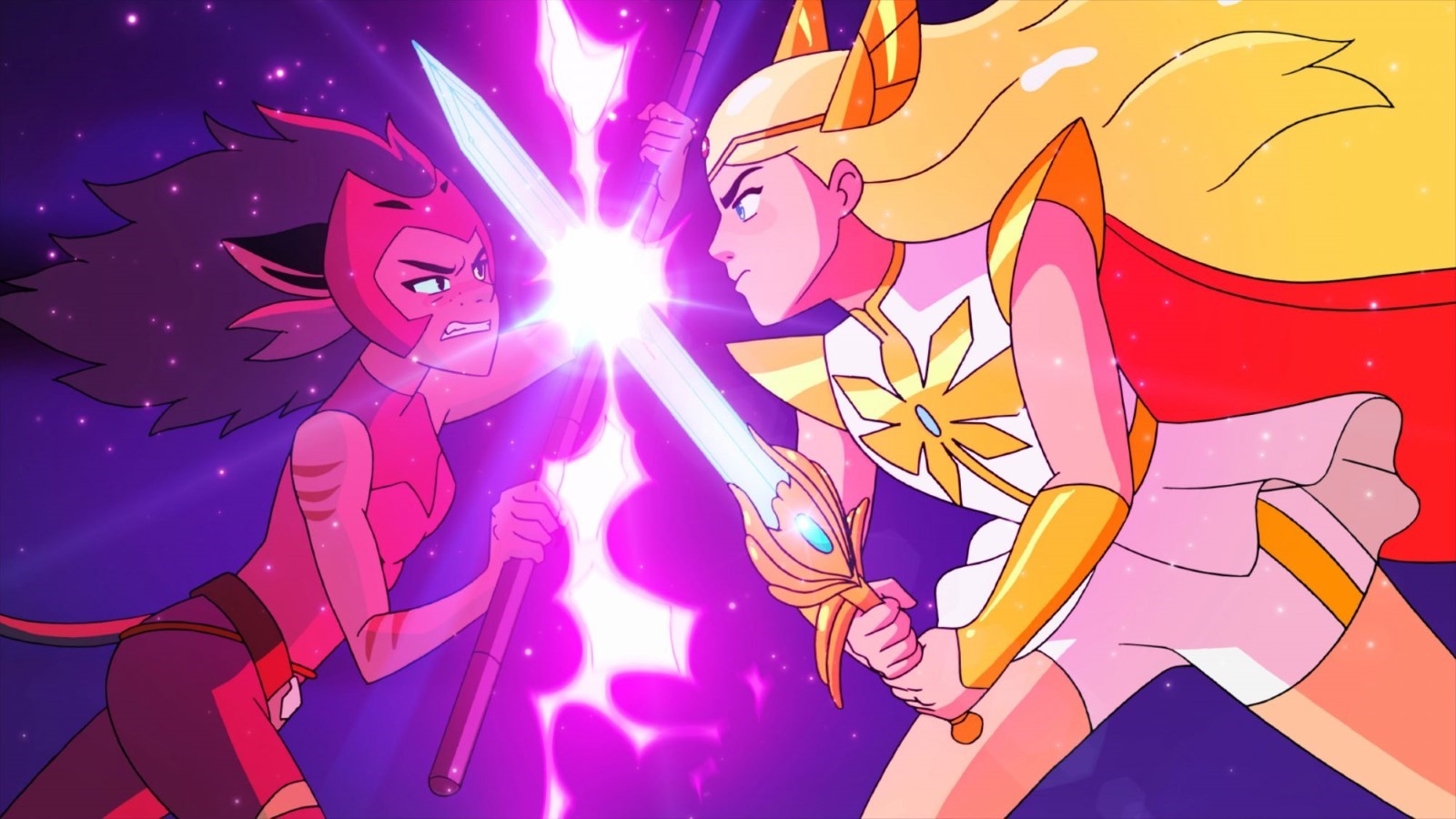 Who says a cartoon can’t be an important part of the fight for better LGBTQIA+ representation? Based off the incredibly popular 1980’s cartoon, Netflix’s 2018 reboot of the “Princess of Power” tells the story of Adora, a teenager who can transform into the heroine She-Ra and leads a group of magical princesses in a rebellion against the evil Lord Hordak. Voiced by Aimee Carrero and a diverse cast, She-Ra features many characters who are fluid in terms of gender and sexuality, with none clearly defined as heterosexual. From the beginning of the series, there are undercurrents of romantic tension between Adora and her friend Catra. In what has been hailed as a monumental moment in the history of children’s media and LGBTQIA+ representation, this tension eventually results in a mutual confession of love and an on-screen kiss in the final episode. The show was nominated for a 2019 GLAAD Media Award for Outstanding Kids & Family Programming.
IMDb: https://www.imdb.com/title/tt7745956/?ref_=fn_al_tt_1 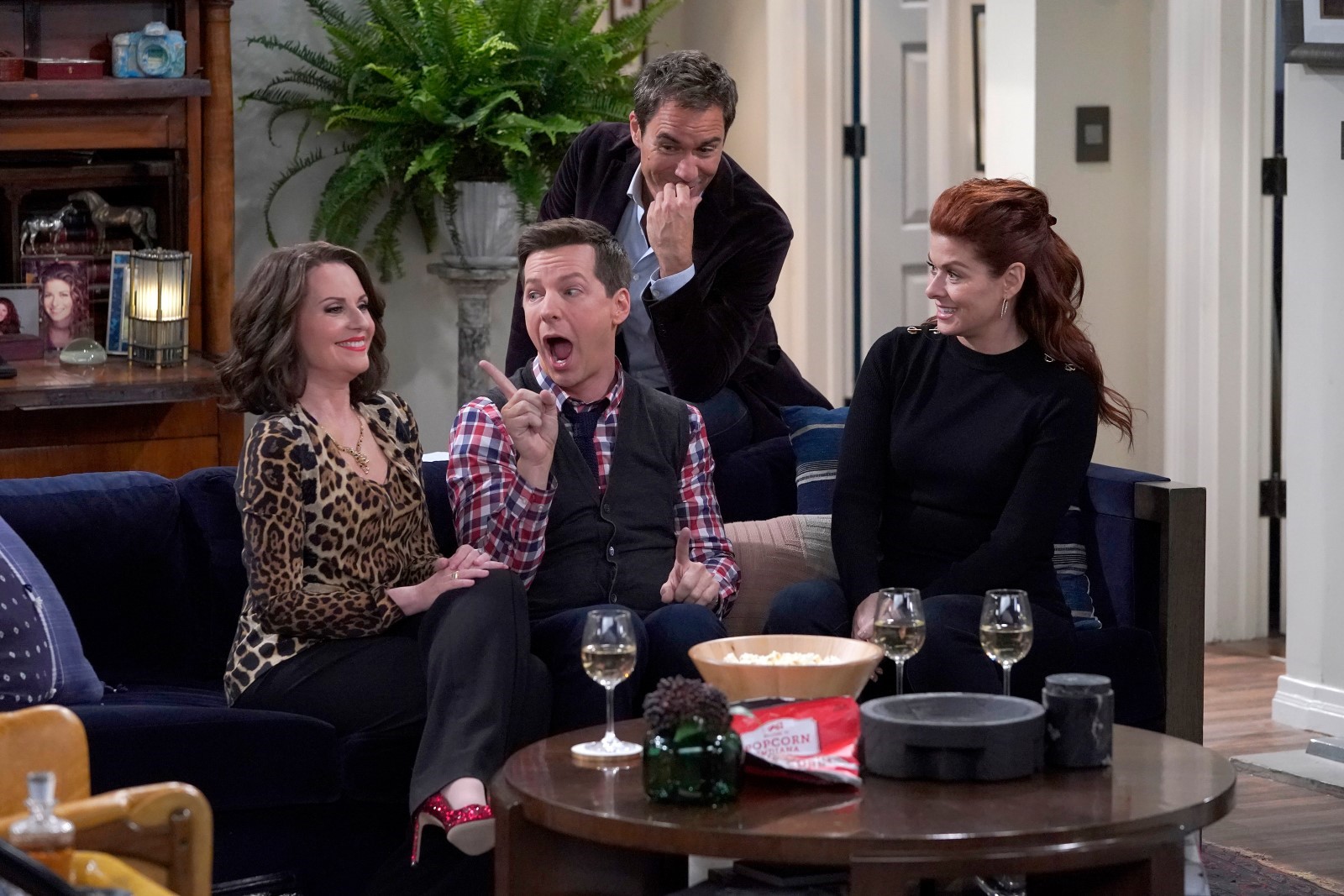 I suppose you can’t make this list without mentioning NBC’s huge hit series, Will & Grace. The incredibly popular sitcom is built around the friendship between best friends Will Truman (Eric McCormack) and Grace Adler (Debra Messing) as they navigate all issues of life, love, and career in New York City. During its eight-season run (and then another few during its brief 2017 return), Will & Grace did a great deal to normalize the LGBTQIA+ community’s presence in mainstream pop culture. For the first time in network sitcom television, queer characters were at the top of the call sheet. While the show drew some initial criticism for stereotypical portrayals of some gay characters, it quickly became a staple of NBC’s programming and found not only popularity, but critical acclaim. At its peak between 2001 and 2005, Will & Grace was the highest-rated sitcom amongst adults, earning 18 Primetime Emmy Awards and 83 nominations. While criticisms of the show’s stereotypical portrayals remain quite valid, Will & Grace truly helped normalize LGBTQIA+ representation in entertainment on the national stage, and it did so to giant audiences for a decade. The show stood on the backs of those who’d come before to be a mouthpiece for progress, as imperfect as that progress sometimes is.
IMDb: https://www.imdb.com/title/tt0157246/?ref_=fn_al_tt_1