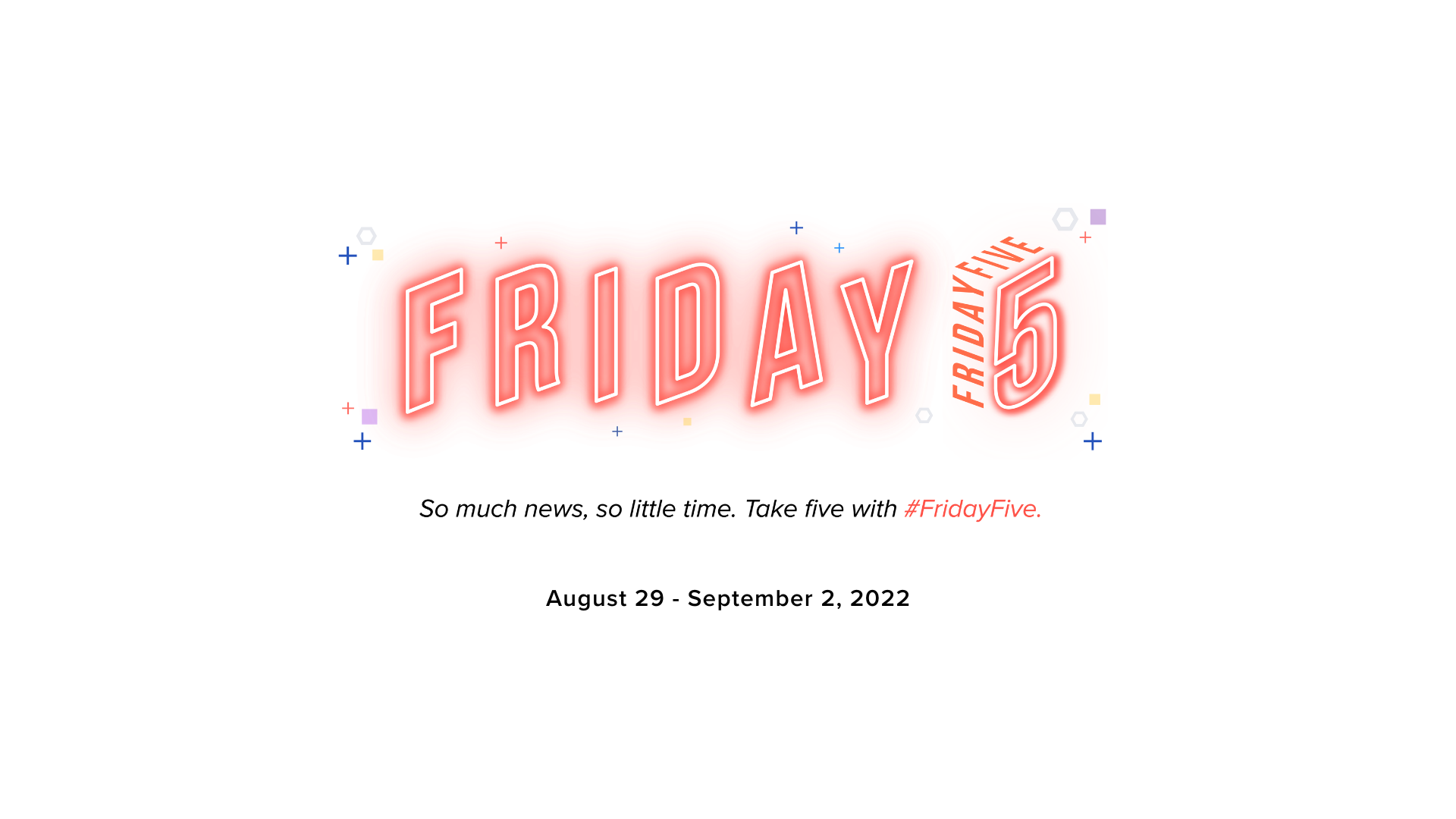 Summer of Severe Heat: Can the Film Festival Community Adapt?
Summertime film festivals have always inspired attendees to keep it casual and pack clothes fit for the season. But this year, heat waves are turning some of the most ideal vacation getaways into scorching (possibly even fatal) locations. Along with record-high temperatures in London, Paris, and Rome, countries are dealing with severe drought and wildfires. According to Julien Tricard, founder of France’s médiaClub’Green, “the events of this summer have shown, Europe is burning. The industry will need to rethink the way they do everything because this is the new normal now.” While several of this year’s events were able to avoid the worst of this summer’s heat, weather is becoming more of an issue to festival organizers, who are already planning for 2023. Concerns are heightened for festivals in European cities, as many of their hotels, houses, and cinemas were not built to accommodate extreme heat. Often, they lack air conditioning and other amenities. While none of these international film festivals have concrete plans for their next event, some are thinking of ways to incorporate climate change into their long-term strategy. The Busan International Film Festival has some ideas, but their priority remains focused on combating Covid-19, which is still raging in Korea. Any climate measure would likely become an addition to a festival “green plan,” which is the sustainability initiative adopted by most major festivals, outlining how events plans to reduce carbon emissions. But Mathieu Delahousse, a co-founder of Eco Tournage, believes the film industry will find a way to adapt, just like they did to pandemic rules and regulations in a short amount of time.

Spotlight on Documentaries: Europe’s Festivals Are Celebrating Non-Fiction Cinema
This year, the Venice Film Festival is premiering 11 documentaries, and one of those titles will be included in the prolific Golden Lion competition. While receiving much airtime this year, the factual genre rarely gets time in the spotlight. It is even more infrequent that a documentary film is considered for a festival's most prestigious award. This change suggests a shift in festival culture, where documentaries are finally being accepted as cinematic art. Several North American festivals, including Sundance, Telluride, and South by Southwest, have a history of giving proper credit to these films, but Europe has been slow to embrace the genre. Sales agent Josh Braun of Submarine Entertainment believes that “there had been what I would only characterize as an illogical resistance to thinking that documentaries could compete in the main competition slate in places like Cannes, Venice, and Berlin.” Growing awareness (thanks to an increasing number of commercial screening successes) is demonstrating that these films can hold their own in competition against fiction films—including those by some of the most acclaimed working directors. Documentaries also seem to be growing in popularity thanks to streamers like Netflix, Amazon, and Apple, companies that are investing in the genre and creating higher-quality content. Documentaries were included in the main competition of the Venice Film Festival for the first time in 2013, and Alberto Barbera, Director of the Venice Film Festival, has made the presence of these films a regular thing by ensuring that they comprise at least 15% of the fest’s world premieres. Another festival embracing documentaries is Berlinale, as its February 2022 edition featured 50 documentaries. The Cannes festival seems to be the last holdout, with a scarcity of documentary screenings and a conservative history that boasts the consideration of only five non-fiction films for competition.

The Next Generation of IMAX: New Camerasfor All Filmmakers
2022's Nope is the first film in the horror genre to be filmed with IMAX cameras, but it certainly won’t be the last. Filmmaker Jordan Peele is working closely with IMAX to create new film cameras that will serve artists going forward by including adjustments based on feedback from previous users. While traditional IMAX cameras can produce high-quality footage, they are known for being difficult to work with, thanks to their large size and cumbersome film stock. The cameras also tend to be extremely noisy, making live audio recording very difficult. By addressing these concerns, new IMAX cameras will be able to accommodate a whole new type of film—even ones with quieter, more intimate scenes. No arrival date has been made public for the camera, but it has been noted that four new models will be added to the existing fleet. With a total of 12 IMAX cameras in circulation for the first time, multiple productions will be able to film at the same time (an issue of availability that has plagued major action movies like Tenet and No Time to Die in the past). IMAX’s new investment will also showcase the resurgent desire to shooting on film rather than digital. Bruce Markoe, the head of postproduction for Nope, explained that some movies recorded digitally “are literally finished two weeks before they open in a theater, whereas if you want to make film prints you have to finish quite a bit sooner—10 to 12 weeks before release at a minimum.” Several anticipated releases filmed with IMAX cameras are slated for release from 2022 to 2023, which could bring a new wave of interest to this filmmaking tool.

Beyond Hollywood: The Film Academy Is Ready To Go Global
The new Chief Executive of the Academy of Motion Picture Arts and Sciences, Bill Kramer, told Deadline, “I think our future is as much with international cinema as much as with American cinema.” This global network is already taking shape, with 25% of Academy membership originating from outside the U.S. Half of the Academy’s latest group of new members is of international origin. To go fully global, the Academy needs to find its international audience and a noteworthy revenue stream. While currently claiming that their ceremony has “a billion viewers from around the globe,” the organization has famously concealed the data on foreign television revenue. In 2019, contract revenue became available, and it showed that a domestic television contract with ABC paid $107,069,000, but a contract with Disney’s Buena Vista International unit equaled only $15,037,500. With international markets representing just 12% of total revenue, global viewership is likely low, making the Academy’s claims of being a global organization a bit premature. While this split up has been consistent over the past three years, former Academy chief Bruce Davis exposed that international income was never a big priority. A factor could be the lack of interest from international audiences. When the ceremony becomes available to watch abroad, it’s already a day late and edited on the fly. It wasn’t until the mid-80s that the Academy received its first international pay cheque. Before that, it was a free toss-in for whoever carried the broadcast. But opportunities for the Academy to expand its global reach are on the horizon, including the movie museum, which has several global advertising sponsors.

Female Filmmakers: French Women Are Paving the Film Scene
Unifrance, an organization for promoting French films, sees the current slate of the country’s festival films as promising for the industry, when it comes to the number of female filmmakers being represented. Not only is France home to a handful of established filmmakers, but new talent is being prominently recognized this year. Four of the leading films at the Venice Film Festival were directed by women. According to film promoter Daniela Elstner, “Women directors now work at a similar pace to men, [and we’ve seen improvements in financing] so the differentiation is no longer made.” While the number of gallic filmmakers represented in the festival circuit has remained between 10—15% for the past 10 years, France has made a name for itself by bringing women to film competitions. Another French film preparing for a busy festival tour is Saint Moad, whose director, Diop, has spoken about her experience as a Black woman in the industry. She believes that creators like her need to be considered filmmakers without further labels that limit their reach and help confirm stereotypes. Diop says that “To continue to make films, we must consider ourselves as filmmakers with singular gazes that, when placed side by side, present a new way of looking at France.” As filmmakers, she believes that their goal is to share truthful stories about the realities of being modern French women.