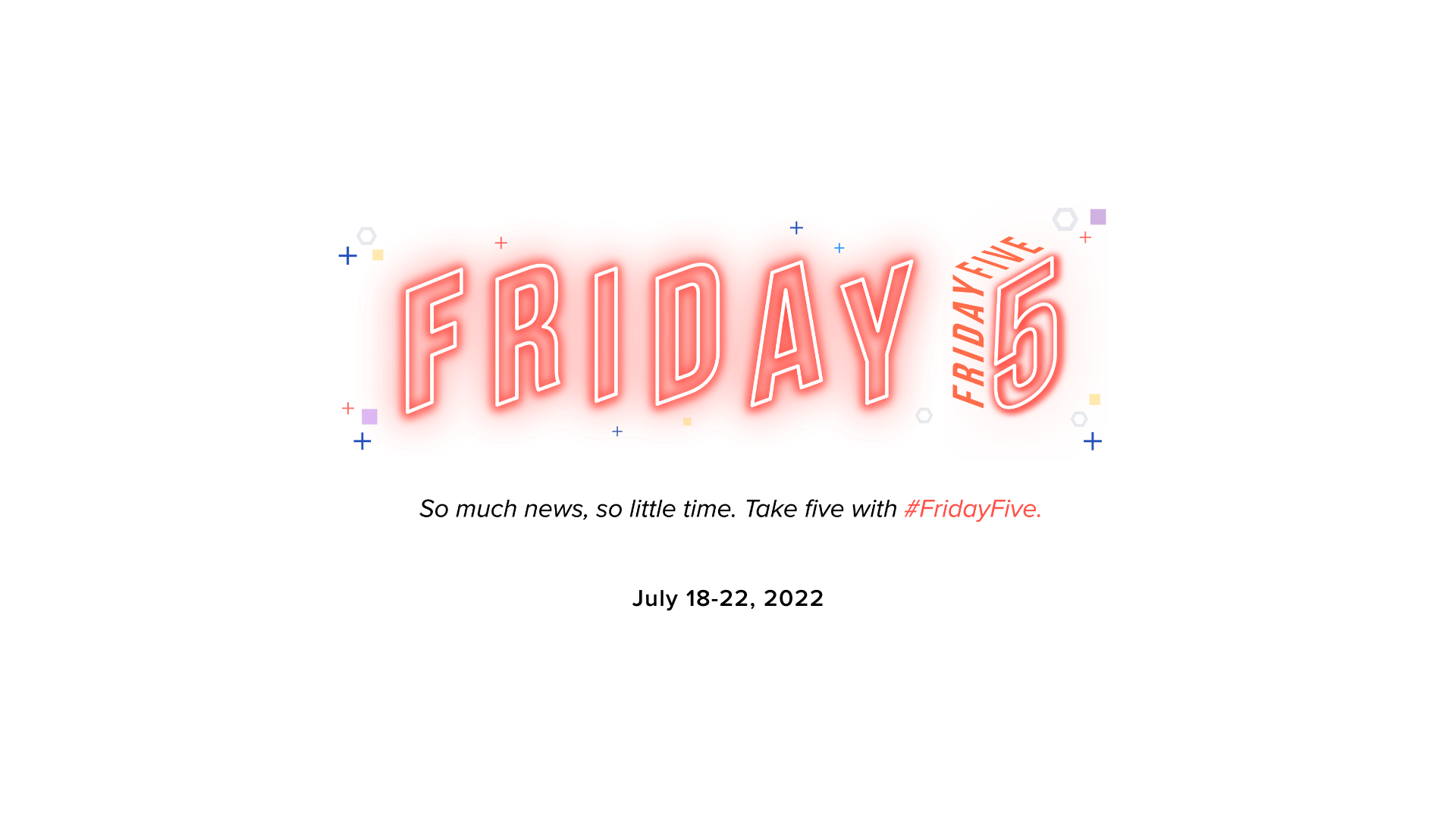 Summertime Viewership: Nielsen Shows Continued Streaming Growth
Typically, the summer season is known for a lull in TV viewership. Still, streaming numbers remain high. For the fourth consecutive month, streaming is at an all-time high. Compared to May, overall TV viewership grew by 1.9% and streaming viewership rose by 7.7%. This rise in streaming raised audience share to 33.7%, the highest TV consumption growth that has ever been reported by Nielsen’s The Gauge since it started in May 2021. The most growth was reported by Netflix (with a 16.2% increase), Prime Video (with a 11.1% increase), Disney+ (with a 14.7% increase), and YouTube (with a 5.2% increase). A large drop in broadcast viewership is generally attributed to the end of the TV season in May, with current dramas suffering a 31% drop. While this period’s scripted content fell a total of 6.7%, live broadcasts and sports remained a must watch. Sporting events in June, such as the NHL and NBA finals, led to an incredible 43.8% increase in viewership. Unfortunately, cable sports saw a decline. Like the TV season, the NBA playoffs concluded in May, resulting in 42.1% drop in June viewership. TV streaming showed historic growth, but feature films are attracting audiences across the U.S. as well, with viewership rising by 15.8% across all platforms. Reports show that audiences are still cutting ties with cable, with viewership decreasing by 11.9% year-over-year.

Stamp of Approval: ReFrame Reports on Gender-Based Hiring
The Sundance Institute and Women in Film Los Angeles created an initiative in 2017 called ReFrame to promote inclusion in the entertainment industry. Most recently, ReFrame analyzed the 2021—2022 television season to assess its gender balance. Out of 200 of the most popular scripted series, only 47% would receive the ReFrame Stamp. The Stamp, which was created in 2018, is given to television shows that hire women and other underrepresented gender identities/expressions in at least four of eight key roles. These roles include, but are not limited to, writer, director, lead actor, and producer. Productions that hire women of color in these roles are given additional recognition. This year’s TV show collection reduced gender parity, compared to last year’s productions, since the percentage of shows with ReFrame’s Stamp dropped by 7%. Additionally, the 2000 shows that were examined by ReFrame were chosen based on their highest-performing weeks in the eligibility period and IMDbPro proprietary ranking. To expand on their report, ReFrame created a Company Report Card, which identifies the amount of gender-balanced hiring per studio, streaming platform, and network. Most studios saw at least 40% of TV productions with a ReFrame’s Stamp for gender parity. AppleTV won major points with 75% of their eligible series meeting this inclusion criteria. According to Andria Wilson Mirza, Director of ReFrame, the Stamp “serves as a method for accountability. With this report, we’re sharing the studios’ current standing, and we invite them to set a goal of increasing the Stamps they earn year-over-year.” Next year, this report will be expanded to examine other key roles in production, including 1st Assistant Directors, Unit Production Managers, Line Producers, and Intimacy Coordinators.

Just a Flesh Wound? U.K. Independent Film Sector Shows Signs of Struggle
The British Film Institute (BFI) recently commissioned a report on the U.K.’s independent film sector, and due to a perfect storm of industry struggles, it is approaching market failure. According to research by Alma Analytics (and despite the overall boom in the country's film and TV sectors), the independent industry is struggling. In 2021, these high-end entertainment sectors broke production-spend records with £5.64 billion ($6.8 billion), a 63% rise from 2017’s spend. These numbers are expected to grow even higher by 2025, though the acceleration is exactly what is hurting independents. This large project spend makes it so that independent films cannot compete, driving up production costs and attributing to a talent shortage. Rising costs end up adding 20% to an independent film’s bottom line, yet revenue for these projects continues to decline. In the report’s forward, BFI Chief Executive Ben Roberts warns that if these threats are left unchecked, they “are likely to draw away investment and the ability for producers to sustain their creative risk-taking, which would ultimately lead to a future where the full breadth and success—and the very independence—of independent film will not endure.” The report ends with recommendations to help remedy the situation. Firstly, independent films should have more tax relief. Therefore, budget caps should be increased to incentivize and provide relief to films assessed as “independent.” Tax relief should also be expanded to include print and advertising for indies to assist with marketing and hopefully help increase independent film revenue. The report also suggests that exhibitors should also be incentivizes to showcase more independent films, and this topic will be explored with the U.K. Cinema Association.

Diamond Anniversary: Locarno Festival Brings Film Communities Together
The Locarno International Film Festival, which began just two months after the first Cannes Film Festival on August 23, 1946, opened with an Italian neorealist film, hoping to represent a full spectrum of international cinema. The current festival’s manager, Raphaël Brunschwig, says that the value of showing a diversity of films is “a culture with a thousand facets.” Today, the festival is in its 75th year, and remains dedicated to bringing together Hollywood mainstream films and avant-garde projects from around the globe. The festival is already stocked with a wide array of high-profile projects, each of which will receive the traditional Locarno treatment with an outdoor screening at the famed Piazza Grande. Art house film fans are also bound to be delighted by Locarno’s main competition section, which will contain 17 world premieres. Locarno’s artistic director, Giona A. Nazzaro, believes that film festivals “provide a creative hub for networking and exchanges, to keep the industry alive and offer professional opportunities to aspiring filmmakers and producers, they allow small films to be discovered and promoted.” And with over 3,000 projects submitted for consideration, Locarno is a sought-after avenue for up-and-coming filmmakers. The festival is located near the Swiss Alps. For the past two years, the festival acted as a hybrid, with in-person screenings available but limited. Locarno will remain a hybrid format, though this year’s in-person events are highly anticipated. The festival’s digital service created during the pandemic, Locarno Pro Online, was custom made for the art house film industry, and remains a great filmmaker’s resource as the festival is looking to expand with year-round services.

Creative Talent Speak Up: Trouble in Hollywood’s TV Community
The entertainment community is ready to bring their discrepancies to the bargaining table as major unions and employers are preparing new contract negotiations, which might result in a large labor strike in 2023. TV and film productions have endured a lot of change over the past few years, accelerated by the pandemic. Hollywood’s traditional labor model for compensating talent now seems outdated. The income gap is becoming wider, and last year’s near-miss IATSE strike shows that concerns are brewing. While worries about exploitative labor remain, recent talks of outdated streaming deal structures are leaving creatives out in the cold. Craig Hunegs, Operating Partner at private equity firm ZMC and former TV studio executive, says that “the explosion in production and now the tumult in distribution economics has led to a much more dynamic business environment than a year ago.” Therefore, studios and producers speak about ownership, licensing, and intellectual property more than ever before. Younger creatives starting out in the streaming world are feeling “ripped off,” as signing onto these projects comes with the illusion of sustained commercial success. In reality, creatives only receive one or two payment checks up front. Now, the only way producers can sustain some ownership of the content they produce is through backend profit participation agreements that are anything but perfect, as they won’t prevent studio lawsuits. Along with recent pullbacks in spending, there is a sense of urgency among younger individuals in the industry to rehaul creative compensation. Jeff Sagansky, former CBS Entertainment and Sony Pictures Entertainment President, sounded the alarm during his June 1 appearance at NAPTE. More conversations are to come about the Hollywood pay scale, which now seems to benefit only the top 1%.