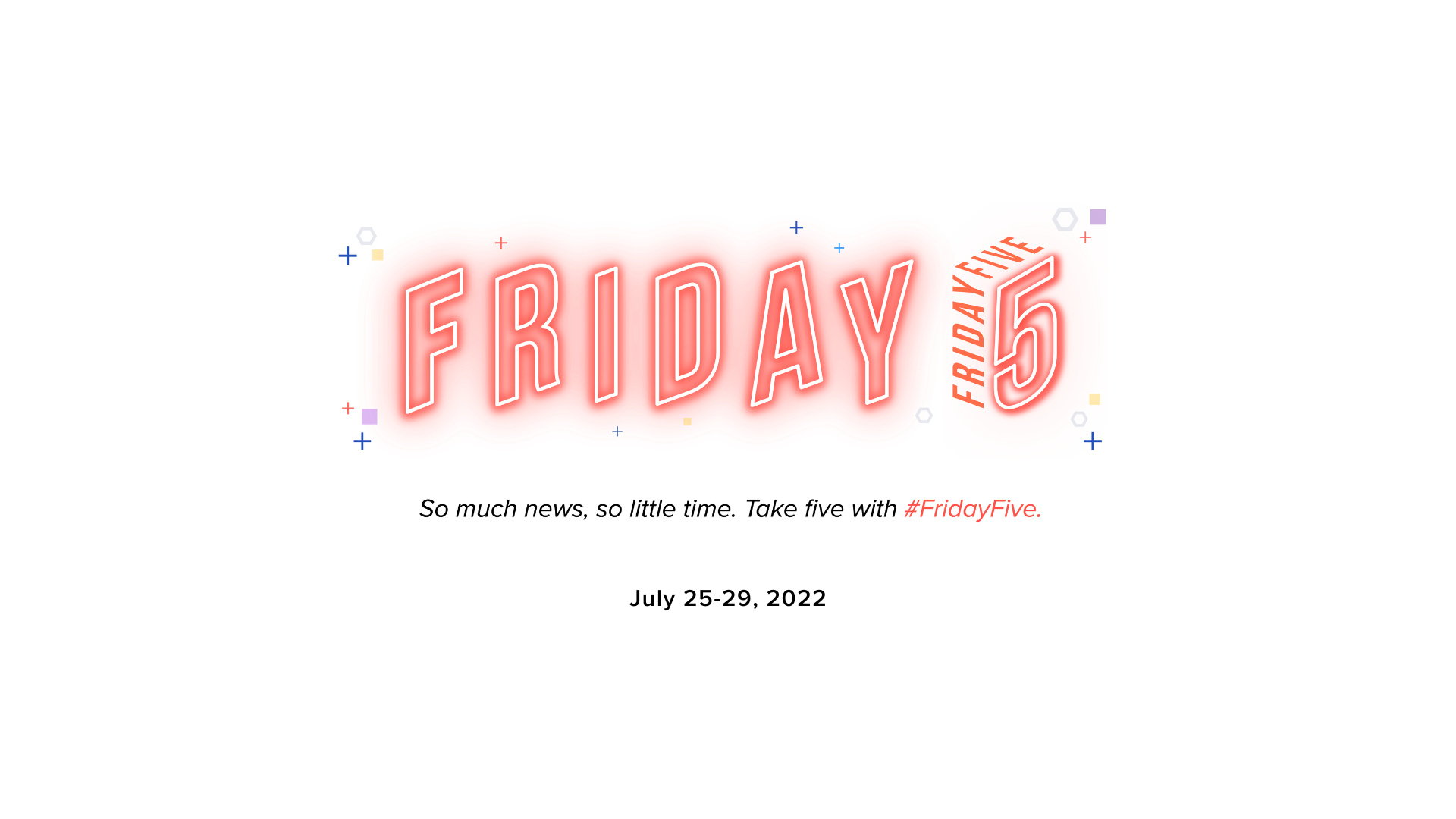 Fight for Sports Rights: Major Leagues Decide Between TV Deals and Streaming
Major sport leagues around the U.S. are making the tough decision between creating their own streaming platforms to garner direct fan engagement or moving forward with media alliances. The NFL, which recently debuted streaming services NFL+, will now host live games and recorded content. This launch demonstrates how sports are betting big on direct-to-consumer approaches, which is surprising for a league with TV deals valued in the hundreds of millions already in place. David Jurenka, Senior VP of NFL Media, believes that this service will likely change over time, allowing both to sustain TV deals while also hosting unique engagement platforms. Like the NFL, the MLB and NBA have out-of-market streaming packages along with various streaming deals. Other leagues like the MLS and NHL have become more exclusive, making deals with Apple and Disney+ to boost reach. Some leagues are taking a big leap by creating their own platforms, as these services allow the leagues to have a better understanding of fan behavior. The goal, however, is to create a service that meets fans where they are while also creating a complementary service that does not forgo TV deals. The tradeoff for these leagues revolves around data and control, which is why the NHL’s own service is now integrated with ESPN+. The league is still able to access certain pieces of audience information. In a recent survey by Deloitte, 62% of sports fans are frustrated by the lack of availability or confusion on where to watch games. Regardless of the move, leagues remain focused on providing better accessibility to the fans.

Keeping It Simple: Subscribers Want Streaming Aggregators
In Hub Entertainment Research’s annual “Monetization of Video” report, audiences from around the U.S. spoke up about their streaming habits. In a huge percentage—91% to be exact—people prefer the experience of accessing multiple streaming services through a singular device. These devices, which are referred to as streaming aggregators, include STB, Roku OS, Amazon OS, Apple TV, and others. Of all the people interviewed, 39% of the people said the best thing about streaming aggregators was the simplicity and ability to navigate across providers with ease. Other most-liked features include the ability to add new channels and cancel those you do not use, the convenience of consolidating all subscriptions into one bill, and the easy discovery of the latest content. The report also found that 87% of people with a TV subscription believed that the ability to stream through the same device makes the subscription more valuable. Jon Giegengack, Principal at Hub, says, “There’s no question that the golden age of streaming has made TV more fun for consumers.” This report shows that aggregators are becoming the favorite way for many to watch television as they enable the best experience for viewers, which revolves around simplicity. The makers of this report also believe that this data displays a new opportunity for traditional TV operators to invest in offerings that do not simply bundle networks, but services as well. All the data for this report was collected in June 2022 and comes from 1,610 U.S. consumers between the ages 16—74 who watch at least one hour of TV per week.

Boosting Creators of Color: Dan Lin Creates New Hollywood Nonprofit
While there is no shortage of diverse creative talent, Film producer Dan Lin wants to take more action to ensure that creators of color receive more opportunities in Hollywood. Known for his producing credits on movies Aladdin and The Two Popes, Lin is “determined to break through these restricted access points, enlarge the funnel, and activate more creatives of color.” A recent study by the University of California at Los Angeles showed that only three in 10 directors and one third of all writers are from a minority background. The name of this new nonprofit arm, Rideback Rise, aims to raise $2 million in funds for their fellowship program. In this program, each selected person will receive $50,000 to produce a project, along with access to a bank of material to adapt, which might interest potential buyers. There still seems to be a sizable number of film backers who believe that content for diverse audiences will not generate a significant profit. This fellowship is also founded around collaboration. During the entire development of a project, each fellow will receive mentorship from current professionals in the entertainment industry while also being encouraged to work with other fellows. To make Rideback Rise a self-sustaining nonprofit, they will earn royalties from all commercially viable projects produced through the program. The nonprofit has already received grants from the Ford Foundation and the Macarthur Foundation and hopes of selecting fellows this fall.

Breaking Point: New Reports Calls Out Sexism in the Australian Film Industry
Female crew members are speaking out about their negative on-set experiences. This week, a study led by Dr. Amanda Coles and Dr. Justine Ferrer from Deakin University’s Department of Management found that 90% of all female crew members have experienced some form of discrimination or sexual harassment. This new study, titled "A Wider Lens," focuses on camera crew members in a variety of positions, including cinematographers and camera operators for Steadicams, underwater cameras, and drones. The report also compared data from Screen Australia, which found that 80% of camera crews for productions made between 2011 and 2019 were made up of men. Other data from this report comes from the 2021 Australian Cinematographers Society workforce survey, which received 640 responses. In addition to the 90% of females experiencing discrimination, half of all respondents claimed that they have witnessed or experienced racism on set. Several respondents have anonymously noted the common occurrence of offhand comments that make minorities feel unwelcome. These findings, while shocking, also identify how the industry can move forward and progress. 19 recommendations are put forward by this report, starting with changing the Australian Screen Industry code on discrimination, sexual harassment, and bullying from a voluntary compliance code to a mandatory one. A notable comment in this report comes from Ari Wegner, who was recently nominated for her work as a director of photography on The Power of the Dog at the 2022 Academy Awards. In Wegner’s statement, she said that “Australia is in a great position to be a world leader in transforming the film industry—if we choose to act.”

The Need for Campaign Speed: Cross-Promotion is Boosting Box Office Numbers
Don’t underestimate the power of good film marketing! Top Gun: Maverick broke box office records left and right, earning $639 million at the U.S. box office. This number is surprising, considering the film’s several Covid-related delays. The popular sequel was first announced at San Diego Comic-Con back in 2019 and was set to premiere in June of 2020, but it didn’t see release until May of 2022. The film’s marketing team were constantly kept on their toes, refocusing on each new potential release date. When it came to the final May release, their new strategy revolved around a dynamic cross-company promotion campaign. The Paramount portfolio has a wide reach and different promotion tactics, including a Tom Cruise NFL pre-game feature, an MTV video for Lady Gaga’s soundtrack song, Times Square Billboards, and even a voiceover mention during the season finale of Survivor. This new tactic also led to the creation of a viral sketch on the Late Late Show With James Corden, where Tom Cruise takes host James Corden on a fighter pilot joyride. The video currently has over 25 million views on YouTube. Additionally, a clip of the sketch was shared on TikTok and went viral, receiving 12.5 million views. These tactics were meant to attract younger generations that did not grow up with the original Top Gun. Therefore, the film’s red-carpet premier included a collection of digital influencers and was livestreamed across 120 YouTube channels. As expected, people over the age of 35 comprised 55% of the Memorial Day opening weekend ticket sales. But the strategy really paid off, as 20% of ticket sales were from Gen Z, or people between the ages of 18—24. This narrow range was identified as a tough audience to reach.