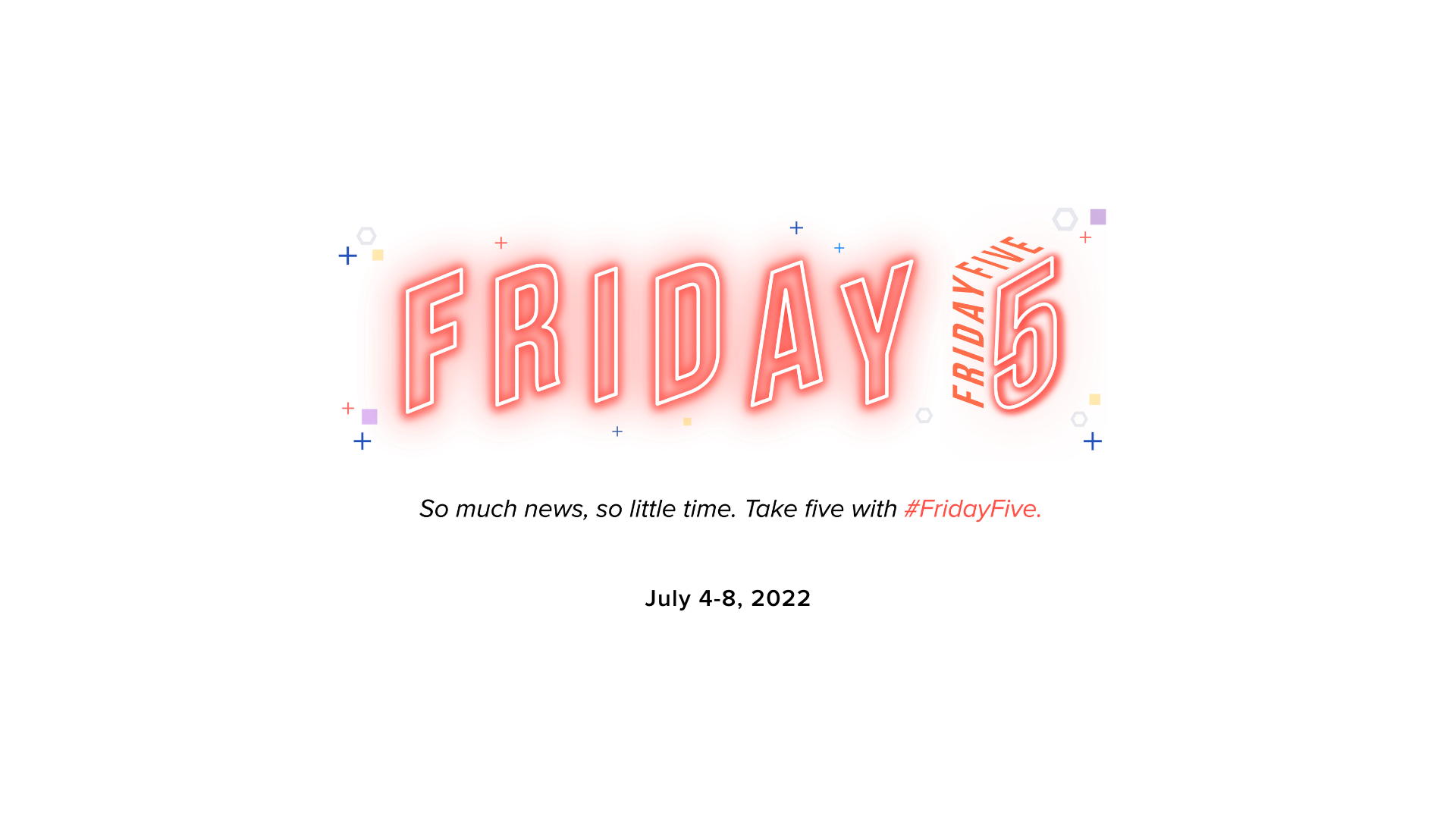 Breaking Box Office Records: Is the Theater Boom Here To Stay?
Several recent theatrical releases have been accompanied by news of some new box office record—and June is no exception! This past month, the domestic box office reached nearly $1 billion, the first number of its kind since pandemic restrictions began in March 2020. In December 2019, combined ticket sales equaled about $1.16 billion, but June 2022 was not too far behind with $986 million. This number is up 141% from June 2021. Box office analyst Paul Dergarabedian of Comscore says that “it's still a massive achievement. And figuratively, if the month lands just a few pennies short of the $1 billion milestone, it’s no less impressive.” However, June gloom has already set in. As many celebrate a massive recovery, others in the industry remain concerned about the overall lack of product. The four movies that helped push this boom were Top Gun: Maverick, Doctor Strange: In the Multiverse of Madness, Jurassic World: Dominion, and Elvis. And there was also a recent surge with the release of Minions: The Rise of Gru. These big tentpoles drew huge audiences, but what’s next on the roster may be worrisome. According to Wall Street analyst Eric Handler of MKM Partners, “We’re going to be in a typical summer deluge. Then there really isn’t very much to be had for a bit.” While there are three movies set to open in July, the calendar for the next few months remains questionable at best. While there are still some tentpoles set for the end of the year, analysts hope for a great turnaround. Still, they are hesitant to say audiences are back for good.

Gender-Neutral Acting Awards: BIFA Changes Up Categories for 25th Anniversary
The British Independent Film Awards, which were founded back in 1998 to highlight the innovative independent film community in the U.K., is making some changes in its twenty-fifth year. The awards ceremony is discarding “actor” and “actress” awards for gender-neutral performance categories. BIFA is not the only organization to make this move; they are following in the footsteps of the Berlin Film Festival, the MTV Movie Awards, and the BRIT, all of which have made the same change. BIFA will now present five gender-neutral performance awards: Best Lead Performance, Best Supporting Performance, Best Joint Lead Performance, Breakthrough Performance, and Best Ensemble. To flesh out this new gender-neutral category, the number of nominees is being expanded by ten for each category. Other performance categories will still be limited to five nominees. Additionally, BIFA has created a few other categories to recognize top talent, including a category for Best Debut Director for Feature Documentaries (to accompany the Douglas Hickox Award for Best Debut Director, adding a distinct focus on both fiction and non-fiction works). Additionally, the existing category for Best Music has been split into two separate awards: Best Original Music and Best Music Supervision. Along with these changes, BIFA is also welcoming a new class of members to its board while providing Diversity, Equity, and Inclusion training programs that are supported by ScreenSkills’ Film Skills Fund.

Arizona Goes Hollywood: Governor Passes New $125 Million Tax Law
Arizona is putting itself on the Hollywood star map. In the past few years, tax incentives have lured many productions that might have filmed in Arizona to New Mexico, but now, the southwestern state is fighting back. This past week, Governor Doug Ducey allowed HB 2156 to become law without his signature—an unusual political decision. The new legislation will provide a refundable credit for 15% to 20% of all qualified production costs with opportunities for additional bonuses. While some politicians supported this move and were excited to share the beautiful Arizona landscape on the silver screen, others were wary. Arizona Republicans, such as House Speaker Rusty Bowers, are concerned over the “culture” Hollywood actors might bring with them if brought to the state via new productions. Others argue that these incentives are unconstitutional, as they only benefit large corporations. While support was split, the bill passed in both Houses, 39 to 18. Tuscon used to be the go-to location for most content set in the “western” genre from the 1940s to the 1970s, including Cimarron, Bonanza, and Gunsmoke. Arizona had a previous tax incentive in place from 2005 to 2010, but it expired after a report showed the incentive caused the state to lose money. The new 2022 credit will start with a $75 million cap and sunset after 20 years. Currently, Georgia is still a leader for production tax incentives, but this new law puts Arizona on the same level as states like New Mexico and Louisiana. As tax incentives have become a key decision-maker regarding production location, several states are expanding their credits or creating programs of their own.

Streaming Changes: TV Writer Shonda Rhimes Reflects on the State of Streaming
At their inception, streaming services introduced “binge watching,” offering a whole new way to consume content. While people enjoy watching multiple episodes at once, streaming giants are now opting for more traditional weekly releases, perhaps because streaming seasons are typically much shorter than those of broadcast TV. According to television producer and screenwriter Shonda Rhimes, who has made both broadcast and streaming content, these shorter seasons “felt like we were making so little TV in such a long period of time.” This new production schedule is also changing how people look at making TV. For example, Netflix is embracing a new model by breaking up seasons, or even episodes, into two parts. HBO Max has reported great success with 8- or 9-episode seasons that are released weekly. Rhimes, who has experience making TV with over 20 episodes per season for broadcast TV, sees the streaming industry shifting. She says, “We’re coming back around to the idea that maybe just eight episodes isn’t something.” But with the success of her show, Bridgerton, Rhimes has also very much benefited from the streaming model that allows for the binge-watching of shorter seasons. The show’s success has since been attributed to the time of release—December 2020—which was at the height of the coronavirus pandemic, when people were home and eager to consume new content. Overall, the industry seems to be embracing a “Wild West” methodology, with new models working for some and not others. Therefore, it's up to each network to decide the best streaming model for their content.

Trouble in Hong Kong: Film Industry Struggles To Recover From COVID
Hong Kong’s film industry, once the third-largest motion picture industry in the world, is making a slower recovery than other international box offices. A half-year report by the Motion Picture Industry Association and Hong Kong Box Office Ltd. Shows that theater closures in the city are at a high. So far in 2022, theaters have been closed for 104 days, including the normal peak periods around Chinese New Year and Easter. On days when theaters were open, capacity restrictions remained in place. While the first six months of the year reached HK$357 million ($45.5 million) in revenue (only a slight drop from 2021 numbers), this is 66% lower than pre-pandemic levels. In 2019, the Hong Kong box office reached $134 million. The low revenue can also be attributed to what is available. A total of 73 movies opened in 2022 so far, the majority of which were foreign imports. According to the report, “Actors and production teams in Hong Kong and [mainland] China are affected by 14 conditions, such as quarantine, which have affected the progress of works and discouraged investors, resulting in a sharp drop in production since 2021.” Only six films were made in Hong Kong, none of which reached HK$1 million. That is very low compared to normal film revenue. In the height of Hong Kong cinema during the ‘70s and ‘90s, over 300 films were produced each year. In the last decade, this number fell to 50—70 movies because the previous government provided no support to the industry. The report hopes that the new government will help the film sector during this difficult time period.