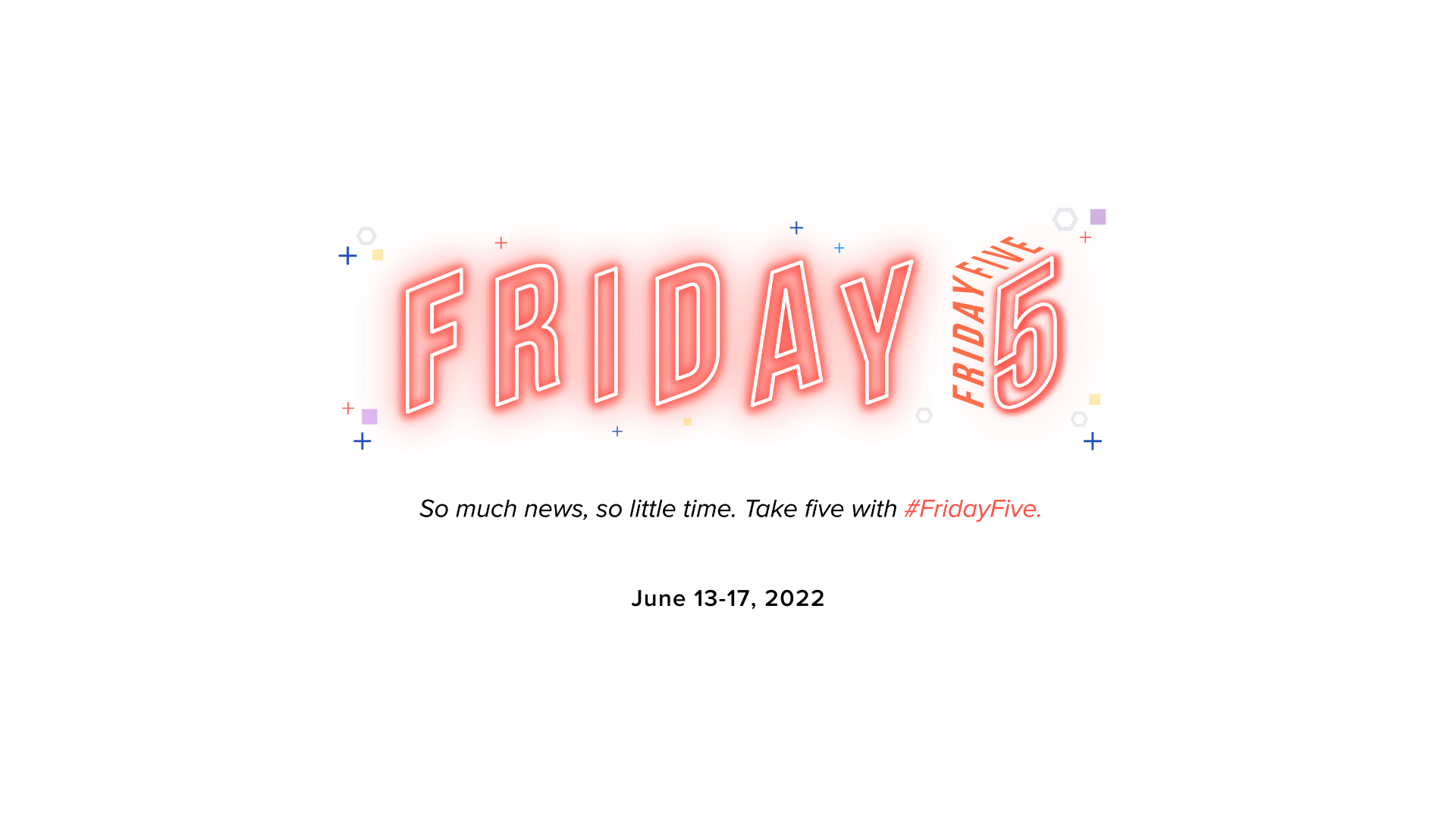 SAG-AFTRA's $200 Million Television Contract
There’s a new tentative agreement for SAG-AFTRA union members who work in the world of television. Recently, the union’s national board approved a Network Television Code with an 84.54% show of support. Now, the contract is being passed to SAG-AFTRA members for ratification. This new Code, which was negotiated by major networks and producers, will generate over $200 million a year in covered earnings for members working in television—including primetime, non-primetime, and digital media projects. This new contract will cover all styles and genre of programming, including everything from news and reality programs to soap operas and variety shows. Televised sporting events and awards ceremonies will also be covered, with key beneficiaries including dancers, performers, and announcers. The contract also expands the rights of performers by respecting boundaries when it comes to filming more intimate scenes on television. SAG-AFTRA President Fran Drescher noted that due to wide coverage of this new deal, it is “a seminal step toward providing a safer environment on set and moving the needle toward an industry that respects boundaries.” According to Duncan Crabtree-Ireland, the union’s national executive director and chief negotiator, the negotiating committee worked hard on this contract, navigating a few complex topics. Other highlights include a 3% general wage increase, required transportation and lodging for performers in primetime specials, and additional compensation for rehearsal and other promotional time.

Soccer Streaming: Major League Soccer Signs 10-Year Deal With Apple TV
After breaking into the streaming market in 2019, Apple is further cementing itself in the space with sports streaming. Apple TV is now the exclusive streaming home to all Major League Soccer content for the next 10 years. This is the second sports deal made by Apple TV (the first being Major League Baseball, which shares exclusive Friday night games on the platform). The contract is said to be valued at $2.5 million, though the exact number has not been released. This deal illustrates the overall migration of sports content from traditional TV to streaming platforms. Currently, Amazon has the streaming rights to the NFL’s upcoming season of Thursday Night Football. Soccer, which does not have the same league popularity in the U.S. as other major sports, has a youthful and passionate fanbase, which Apple hopes to take advantage of with a new streaming package. The plus platform hopes to create a new subscription service just for sporting content. According to Eddy Cue, Apple’s Senior Vice President of Services, “For the first time in the history of sports, fans will be able to access everything from a major professional sports league in one place.” This content deal will end soccer streaming through other regional sports networks that currently have deals with MLS and other national TV stations. If the contracts are renewed, they will likely be offered a limited selection of games to air. ESPN, an acclaimed basic cable sports channel, had previously walked aways from this deal, relinquishing all soccer content to Apple. A representative from ESPN says they still have a great relationship with Major League Soccer, despite this separation.

U.K. Tackles Industry Harassment: Broadcasters Back Anti-Bullying Efforts
Creative U.K. and the U.K. Time’s Up have proposed the creation of an Independent Standards Authority (ISA) to curb harassment in the industry, and several broadcasters are already on board. Five television broadcasters—ITV, Sky, BBC, Channel 4, and Channel 5—are all financially backing this proposal. Existing ISA backers include BFI, BAFTA, BECTU, the PMA, the Casting Director’s Guild, and top industry celebrities like Keira Knightley and Naomie Harris. Currently, the ISA is in a consultation period. After that, the organization will be structured, and funding arrangements will be made. The new authority will be designed to make sure that anyone who has suffered any form of abuse has available resources to get claims investigated and receive counseling. According to Heather Rabbatts, Chair of Time’s Up U.K., “The ISA will conduct expert led investigations where both sides can be heard by an independent panel of skilled investigators working to the highest standards of legal confidentiality.” Creative U.K. believes the ISA will help protect the most vulnerable people in the industry while also advocating for change that can prevent future harassment. Spokespeople for the broadcasters backing the ISA see this as a positive step forward and acknowledge that preventing bullying and harassment is everyone's responsibility. Tim Davie, BBC Director-General, said in a statement, “It is vital we work together across the industry to end all forms of inappropriate behaviour and we support the next stage of developing the Independent Standards Authority.”

After Hours: Ad Supported Streaming Services Count Ad Plays When the TV’s Off
In new research, ad-buyer GroupM and ad-measurement firm iSpot found that brands are wasting about $1 billion per year on commercials that are being played even when the TV is off. Up to 10% of ad impressions are currently delivered to people when their TV is powered down, but when looking at CTV (Connected TV), that number rises to 17%. This happens because of a small tech miscommunication; a streaming device is not sent a signal through the connecting HDMI port when the TV is turned off, therefore ads will continue to play unless a user pauses or exits the app. While native smart TVs do not have this exact issue, free AVOD content is more likely to show ads when the TV is turned off (compared to on-demand content). According to Adam Gerber, Executive Director of Investment Strategy for GroupM U.S., “One of the most important findings was that there are dramatic variances in rates of continuous play, driven by the combination of TV set model, streaming device and publisher app being used.” In 2021, GroupM and iSpot studied 20 million Vizio smart TVs over the span of six months for this research. This study also comes after GroupM reported that TV ad spend is forecasted to grow 4% in 2022 and CTV ad spend is estimated to reach $21 billion by the end of the year. This shows a clear need for the industry’s additional development of the connected TV ad market, including a new standard for audience measurement to help accurately report and reflect the number of people who are seeing a commercial.

Rise of Animation: Spain Becomes a Frontrunner at Annecy Film Festival
The 2022 Annecy Festival—the world’s largest animation event—is gleaning insights into Spain’s film industry. Several frontrunners in the animation film market come from Spain, illustrating historic growth in this type of production across the European country. In previous forums, Spain also ranked as having the highest number of animation projects from a European nation, tying with Ireland. Spain's high turnover, which generated $950 million in 2021, is due to the number of specialized animation schools and events in the country. Several Spanish animation titles have brought the country’s industry great acclaim, including the Oscar-nominated Klaus, which was produced in Spain and distributed by Netflix. This rise can also be attributed to state regulations, such as the 2020 tax break hike that offered competitive rebates for certain filming locations. For most animation projects, 75% of a film’s budget can be accounted for by new Spanish regulations. Additional regions (like Navarre) now offer a 40% tax deduction. Catalonia set up a special initiative just for animation. Peter Keydel, owner of Mago Production in Spain, said “Live-action producers have turned their gaze towards animation, as the sector didn’t suffer the difficulties of cancelled shoots.”  Eight feature-length animation projects are set to be released between June 2022 and the first quarter of 2023, with 26 more in development. Even with these upward trends, animation in Spain struggles to secure top talent and IP ownership.