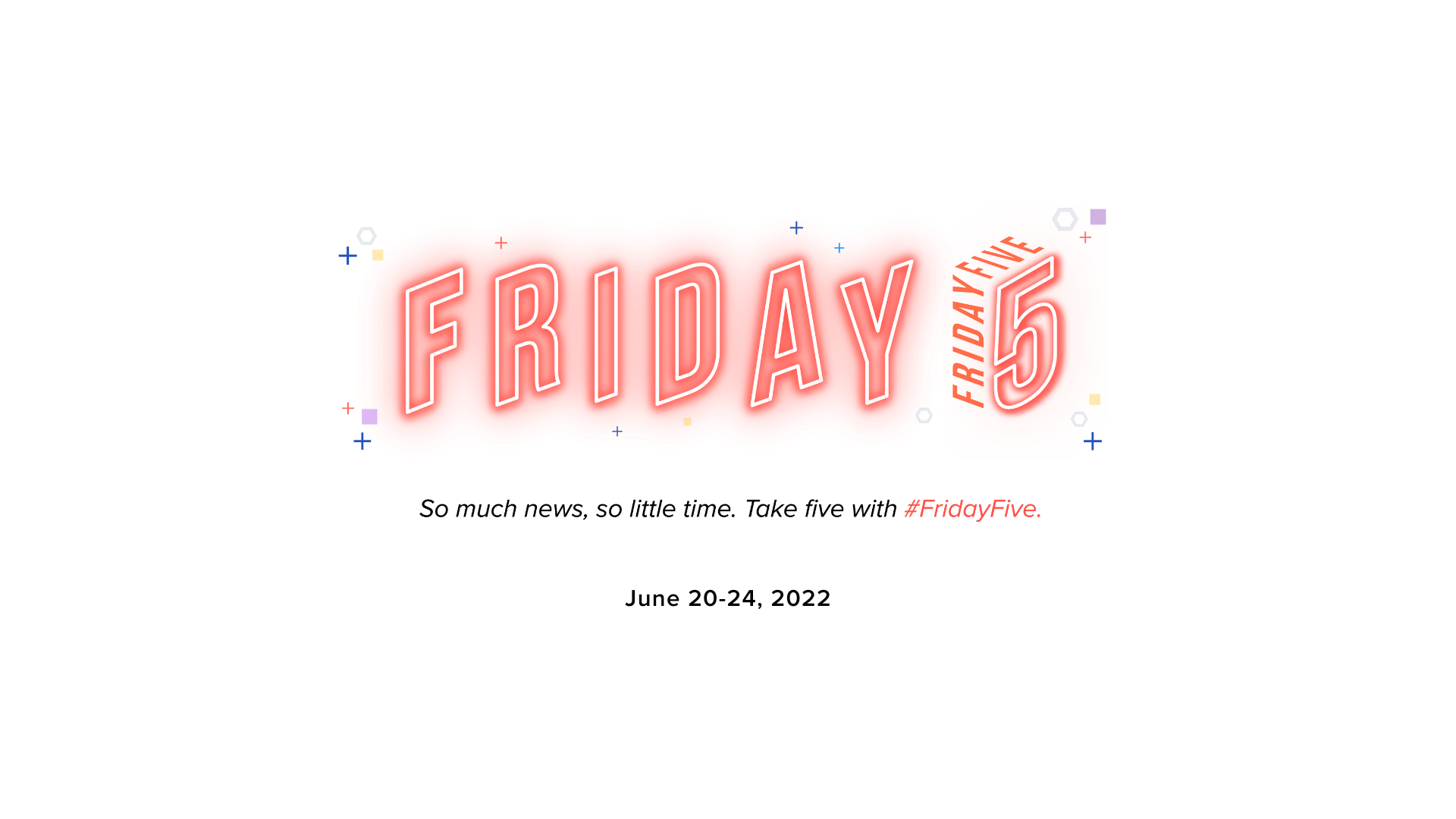 Cinema in Europe: A Big Box Office Year Ahead
European cinemas were hit hard by theater closures in 2020, and though they made a big rebound last year, the International Union of Cinemas (UNIC) says they have yet to surpass pre-pandemic levels. The release of UNIC’s annual report coincided with the CineEurope convention in Barcelona, which brought together cinema operators from 39 countries. According to the report, cinema admissions increased by 39% in 2021 while still bringing in a total of 590 million people, translating to a 41% increase in box office sales from the previous year (equal to $3.92 million). This number is even more impressive considering that most cinemas in Europe were closed for the first six months of 2021 and operated with limited capacity for the remainder of the year. European films also showed a slight rise in market share (26.5%, compared to last year's 25.7%). The five territories with the highest national film markets included France, Czech Republic, Serbia, Denmark, and Norway. According to UNIC President Phil Clapp, “While the numbers shown here for 2021 are very positive, it remains the case that these remain challenging times for the European cinema sector.” The 2021 box office is 70% below 2019 revenue, and despite the success of a few European films, theaters have a long way to go. Industry professionals remain hopeful, as 2022 forecasts show a 62% market growth—especially since most theaters can now remain operational. 2022 will become a pivotal year, and theatrical release windows are key to theater success.

LGBTQ+ Community in Media:  Survey Reveals Most Inclusive Content Is on Streaming
In their yearly LGBTQ+ Diverse Intelligence Series report, Nielsen discovered that most people find streaming to be the home of the most inclusive content. To gather the data for this report, 5,500 people from nine different countries were surveyed in 2021 and the first quarter of 2022. On a global scale, 69% believe media has been improving inclusivity in content, while 27% of people have seen no change at all. On average, 10% of LGBTQIA+ find more inclusive content on streaming services. Some ways that media platforms can improve inclusivity include providing accurate portrayals of LGBTQIA+ people and avoiding stereotypes. The report also included information from Gracenote Global Video Data, which shared that of the 817,00 titles added to TV and streaming services as of February 2022, only about 1,000 included LGBTQIA+ themes. When it comes to advertising campaigns, over one third of respondents are comfortable with LGBTQIA+-specific campaigns, and 50% of LGBTQIA+ respondents in the U.S. and Mexico said they are open to brands directing messaging at their community. While overall inclusion has made great strides, specific communities and identities still feel underrepresented, including 80% of transgender men and 68% of bisexual/pansexual people. In a statement, Sandra Sims-Williams, Nielsen’s Chief Diversity Officer, said “Our survey shows that the members of the LGBTQ+ community are ready to share their needs and lived experiences, so advertisers and media publishers can start a conversation, and build content that is true to the community.”

Workforce and Compensation: Findings From the Annual Film Festival Alliance Survey
Film festivals are often headed by full-time and year-round executive directors, but they rely on seasonal workers to make these events run smoothly. A new survey from the Film Festival Alliance reporting on the state of film festival employment in 2022 found that (on average) festivals have only 8.2 full-time employees. Other common employment types include seasonal employees, part-time employees, and independent contractors. 16% of all festivals surveyed were run entirely by volunteers. According to survey analyst Woody Smith of strategy consultant firm Avenue ISR, “For many roles, it’s very likely festivals are going to use an approach other than a full-time, year-round employees in that role.” The survey compiled confidential data from 111 individuals at 108 companies to examine compensation across film festivals. Festivals pay full-time employees on the director level an average salary of $45,000, but the survey also clarifies that this number varies based on the festival and the amount of revenue it produces. Salaries for executive directors range from $14,300 a year to $450,000 annually. Overall, festivals spend 51% of total revenue on these director salaries. In an analysis of the survey, Film Festival Alliances’ Executive Director, Barbara Twist, wrote that it is common for non-profits to pay low salaries, but wages and employment security is a “mixed bag.” The survey also focused on other HR policies, such as availability for remote work, vaccination requirements, DEI initiatives, and performance reviews. In conclusion, the findings in this survey argue that non-profits do a lot of work with small budgets, but the film festival community is passionate and strives for improvement.

The Frontier on TV: Why More Series Are Embracing Westerns
Several trending television shows are taking audiences to the wild west! Josh Brolin, star of Outer Range, has spent much of his recent career working in the western genre with roles in No Country for Old Men, True Grit, and The Young Riders. The genre’s resurgence and interest from acclaimed actors like Josh Brolin are due to the differentiation of these programs from those of the ‘50s and ‘60s. Older western shows were 30-minute action packed events. Interest in the genre eventually waned, though there was a notable resurgence in the ‘70s and ‘90s. The current fascination can be linked to the success of Paramount’s Yellowstone and its several spinoffs. Other networks saddling up include Amazon Prime Video (Outer Range), The CW (Walker and prequel Walker: Independence), Epix (Billy the Kid), and Spectrum (Joe Pickett). Not only are several networks trying to get in on the gunslinging action, but these shows are also getting a lot of awards attention. Yellowstone’s fourth and final season ended as the highest-rated telecast in five years, and several actors are anticipated to receive Emmy nominations this year. According to Outer Range creator Brian Watkins, the West has a lot of potential as both a setting and genre since “it is a place that is undeniably filled with mystery and wonder.”

Diversifying the Verse: Keanu Reeves and the Futureverse Foundation
The Futureverse Foundation is a charitable organization that aims to introduce artists to the next digital frontier: the metaverse. The initiative focuses on getting artists integrated into this new model of creating and selling digital art, or NFTs (non-fungible tokens). The Matrix actor Keanu Reeves and his partner, Alexandra Grant, are two advisers to this foundation. They want to help teach artists about new technology. Grant said, “It’s new for all of us to be thinking about the partnerships between the art world, Hollywood and tech coming together in this really beautiful way.” The foundation was created with Non-Fungible Labs and FlufWorld, a New Zealand NFT company, with the common goal of making the metaverse accessible to everyone, regardless of their background. We are currently in the middle of a large technological shift, and when it comes to this modern technology, there are several people who know all about it and several others who know nothing about it at all. This makes education even more critical. The Foundation’s plan is to help artists create in these three-dimensional digital spaces by guiding them on their new creative process. Artists supported by The Futureverse Foundation will be selected by quality of work, with the initial round of funding being donated by Non-Fungible Labs. As the foundation grows, advisers hope that it will help democratize every aspect of NFT trade—as well as that of the traditional art world.