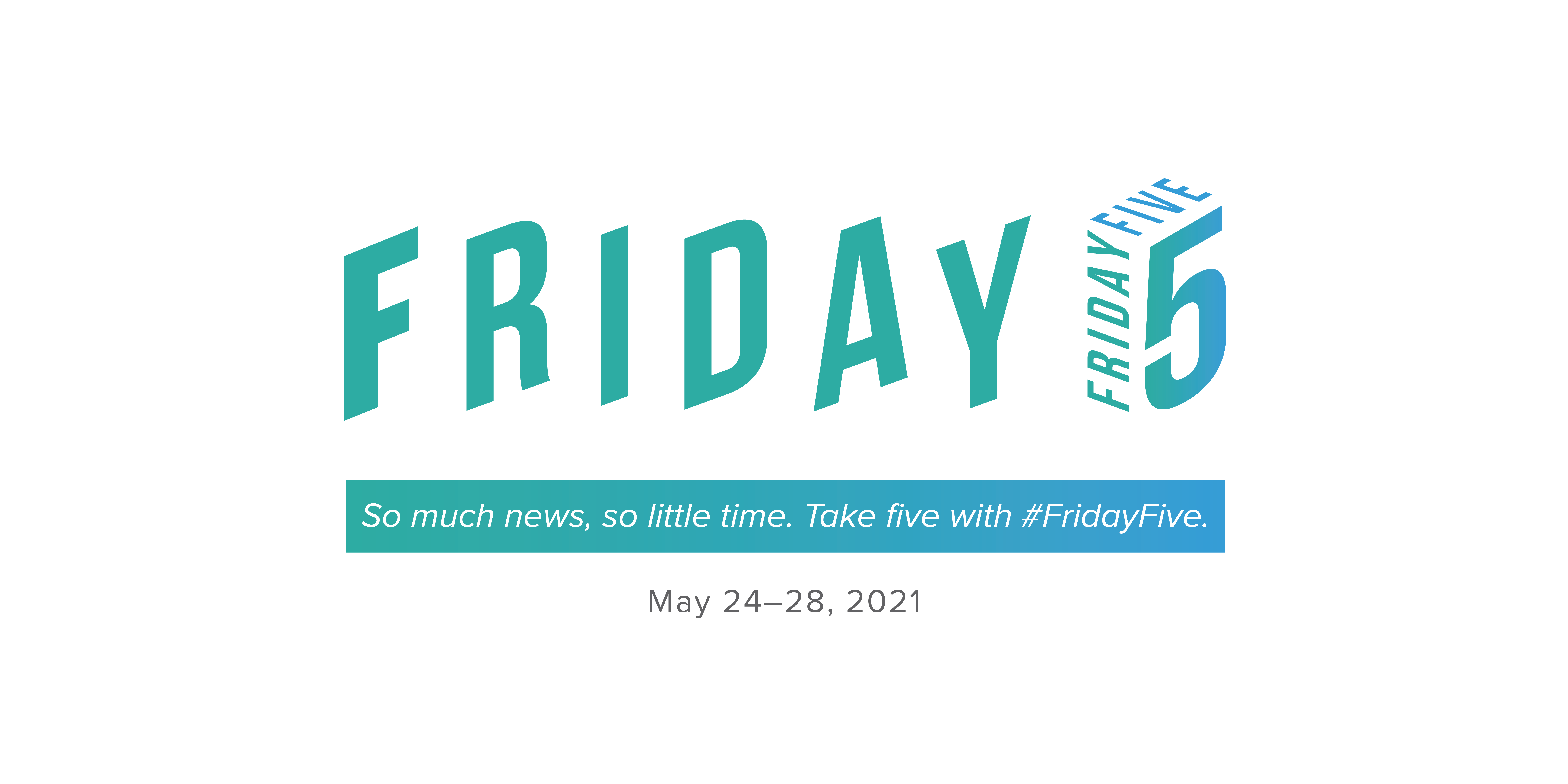 After more than a year, The Late Show will welcome a full audience back to the Ed Sullivan Theater in New York on May 24. The 400-person theater will host fully vaccinated guests, and facemask wearing while seated remains optional. After a successful run with remotely produced episodes (including a few from a smaller set in the theater), Colbert says, “I look forward to once again doing shows for an audience I can smell and touch.” Us too, Stephen. Us too.

In an industry-shaking move, Amazon is buying MGM and their entire library for a whopping $8.45 billion. While Amazon has been making plenty of content through their Amazon Prime subscription service, senior vice president of Prime Video and Amazon Studios Mike Hopkins says, "The real financial value behind this deal is the treasure trove of IP in the deep catalog that we plan to reimagine and develop together with MGM's talented team." Translation? Get ready for sequels, reboots, and more James Bond spin-offs than you can wag your Goldfinger at.

Streaming From the Stage: Tony Awards Sets Date To Stream on Paramount+

After a long postponement, the 74th Annual Tony Awards will stream exclusively on ViacomCBS’ Paramount+ platform on Sunday, September 26, followed by a special two-hour celebration of Broadway’s return. The unique broadcast will include the presentation of only three awards (Best Play, Best Revival of a Play, and Best Musical), though the show will make a point of honoring the winners throughout the night. To watch the ceremony, tune into the livestream on Paramount+ at 7 p.m. (ET)/4 p.m. (PT). The show will go on!

Where's the Cash?: ‘Save Our Stages’ Funding Approval Notices Are Being Sent to Indie Venues

Small venues across the country have been struggling to stay alive, thanks to the ongoing pandemic, and they’ve received little help in the way of relief grants. This week, the Small Business Administration clarified that notices of approved relief money from the nearly five-month-old $16 billion Save Our Stages act were being sent to independent venues starting Wednesday morning. While there has been some confusion about the process (including many venues claiming to have received no such notice), the SBA issued a statement that explains, “As of today, the SBA has begun sending notices of awards to approved applicants of the Shuttered Venues Operators Grant program. We have hundreds of SBA staff working around the clock to continue processing, approving, and disbursing funds as quickly as possible to get our live entertainment venues back on track.”

The 94th annual Academy Awards will take place on Sunday, March 27, 2022, with the nominations being announced a month before on Tuesday, February 8. In a return to pre-pandemic norms, the eligibility period for Oscar consideration will adhere to the traditional December 31 deadline, meaning the window for consideration will be shortened to 10 months of qualified release (March 1, 2021—December 31, 2021). The awards show will also adhere to many of the unique standards set for last year’s pandemic-era show, including the fact that streamers need not worry about the lack of a theatrical showcase. As things get back to normal, Hollywood’s biggest night is set to be a dazzler!