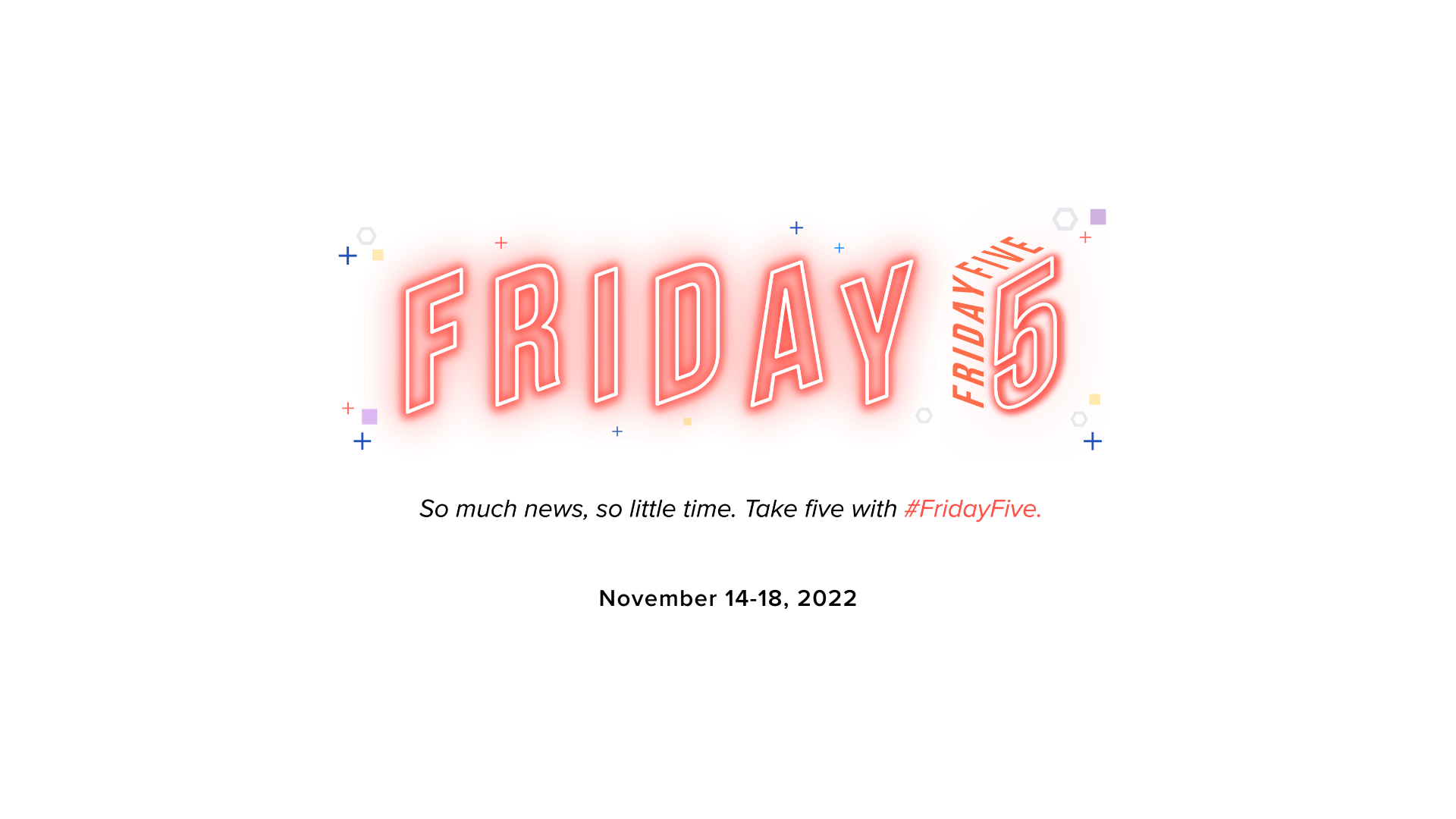 Still Falling Short: IDFA Panel Highlights Their Accessibility Audit
While film festivals all over the world are putting more thought into making their events more accessible to disabled audience members, the International Documentary Film Festival Amsterdam admits that more efforts still need to be made. According to festival director, Julia Yudelman, a consultant built a five-year plan to help the event become more inclusive based on a list of recommendations from the IDFA’s 2019 accessibility audit. Despite those efforts, Yudelman admits that the festival is still behind. IDFA is a prominent industry market where filmmakers from around the world can gather, network, and build a community. Lack of accessibility excludes an entire community of up-and-coming talent. Amanda Upson, who serves as the interim director of the documentary disability rights organization FWD-Doc, believes that the reason these festivals are falling behind in disability efforts is because of the false perception of disabled individuals. People may think there are not that many disabled individuals, but there are “1.4 billion disabled people in the world holding 13 trillion dollars in disposable income.” The FWD-Doc collective was launched in 2020 to raise awareness and properly build a community to support filmmakers with disabilities. Now, the collective has over 600 members who are creating incredible projects that raise awareness and increase representation. In addition to in-person venue accessibility, website, and virtual accessibility as well as overall event interaction is top of mind. IDFA hopes to hire an accessibility coordinator who can oversee these changes. Popular festivals like Cannes and Sundance have been recently criticized for their inaccessibility and now must think about how they can introduce improvements for future events.

News Shuffle: Prominent Networks Cut Budgets To Stay Afloat
CNN has become the latest news channel to announce budget cuts in the face of the economic downturn. Many network executives are raising concerns over the drop in linear viewership as well as the most recent advertising downturn, and in order to adjust long-term planning to account for this future risk, staffers are now on the chopping block. CNN (now under the Warner Bros. Discovery banner) will experience division layoffs in December with other media companies already planning for a tough winter ahead. ABC News (owned by Disney) announced a hiring freeze this month with staff reductions likely to follow. To cut costs wherever possible, a new “cost structure task force” will be created to enforce the restriction of unnecessary expenditures, including travel. Months ago, Disney’s ex-CEO Bob Iger predicted that linear TV was going to reach an industry turning point in the future, and recent announcements suggest that we are closer to this moment than originally thought. As the national midterms end, the period before the next election news cycle will become an era of belt-tightening. These mass layoffs and budget cuts are affecting newsrooms, as many employees can’t escape the unavoidable tension being created by the situation. Mark Feldstein, Chair of the Broadcast Journalism department at the University of Maryland and a former investigative correspondent at CNN and ABC News, believes this will negatively affect the quality of content being produced. Additionally, it may prove difficult for correspondents and producers to be budget conscious, as travel is an essential part of the job. Other news companies have yet to announce layoffs, but signs show that channels like CBS News and NBC will follow, as executives have already shown interest in pursuing similar strategies. In the past, news outlets have shut down entire divisions or programs to cut costs. Now, channel executives are putting their heads together to figure out other ways to get costs under control.

Accreditation Up in the Air: MRC Voted To Maintain Suspension
Over a year ago, the Media Rating Council stripped measurement giant Nielsen of its accreditation when the company revealed that audiences were not counted accurately—a mistake that cost clients millions of dollars. According to the council's audit committee, Nielsen’s measurement method is still not working properly. Therefore, members voted to maintain the suspension. In the coming week, Nielsen with meet directly with the committee to discuss the results of the most recent audit and talk about future accreditation. In a recent client communication, the MRC also agreed to provide Nielsen with a “list of material non-compliance situations and open areas, including the relevant commitments made by Nielsen with the committed timing for each,” to help the measurement giant move forward in the re-accreditation process. David Gunzerath, the SVP and Associate Director of the MRC, said that Nielsen will not be granted re-accreditation at this time despite the news; the council believes the company will continue to make progress addressing remaining issues and believes the re-instatement of accreditation may occur soon. Despite the continued suspension, Nielsen still plans to launch their latest platform measurement tool, Nielsen One, in December. This end-to-end measurement will help advertisers and publishers communicate and transact more efficiently by giving them access to a single metric that applies to both linear and streaming television content. Sean Cunningham, President and CEO of the Video Advertising Bureau, believes the decision not to grant re-accreditation ahead of the latest product release is reflective of the overall ad markets demand for accurate data. Cunningham went on to say, “We’re united with advertisers in our shared desire for thoroughly modern cross-media measurement, just as the entire ad marketplace is also loudly insisting that both the pieces and the whole have to be held to higher standards.”

Wakanda Forever: How Promotional Campaigns Fueled the Film’s Debut
Disney’s long-awaited Black Panther sequel, Black Panther: Wakanda Forever, had a record-breaking November debut, with $181.3 million in North American sales. Its success can likely be attributed to its $100 million promotional partner campaign. According to Deadline, the media value of the promo partners is almost double that of the first Black Panther. This film also has a highly diverse audience, having pulled in a Black audience of 43% percent and a Latino/Hispanic audience of 22%, according to PostTrack. The more diverse audience pool is also attracting a wider range of advertisers. Thanks to the film showcasing a strong female lead and maintaining STEM-related themes, advertisers include Lexus, Adidas, Target, Procter & Gamble, Mastercard, Mac Cosmetics, the NBA, McDonald’s, Xbox, and Sprite Zero. Some of these are returning brands, while others are creating a fresh start with Disney. In a rare moment, Adidas and Lexus linked up to share the spotlight during the campaign. Traditionally, merchandisers want to have their own separate commercial, but these two companies worked together to create a custom vehicle under the Lexus and Adidas School for Experimental Education in Design. Mindy Hamilton, SVP Global Partnership Marketing & Strategy at Disney, said, “Everybody saw an opportunity to work together to celebrate this even further and to make the film even bigger. And it gave fans more ways to celebrate.” Because the film itself embraces the message of collaboration and community, it gave advertisers the opportunity to create something that also feels organic and authentic. While some of the brands partnered on the first film, the sequel gave them another opportunity to do something even more impressive. Adidas worked with Ruth E. Carter, the first film’s Oscar-winning costume designer, to create tailor-made costumes for each character—including some futuristic and sporty footwear. Target worked with the production to create an exclusive Wakanda merchandising line, which provided immersive experiences for all shoppers using QR codes that generated augmented reality experiences on their smartphone.

Metrics that Matter: The Numbers Investors Are Eying
2022 has brought major shifts to the streaming landscape, and Wall Street advisors are looking at the volatile market very closely. As investors helped boost Netflix into a $300 billion dollar market cap based off subscriber numbers, they were met with the company's recent (and overwhelming) subscriber losses. Not only were the figures a surprise to investors, they've also removed “subscriber growth” as a top-line metric for shareholders to consider. As Wall Street is increasingly focused on platform financials and revenue growth, other metrics are finding their way into the spotlight. ARPU, or average revenue per user, is one of the top metrics for determining whether a streaming service is financially healthy and stable. Because the size of a subscriber based may not always be proportional to its revenue, it is important to look at this data more granularly than as a sum. Low ARPU numbers can be combatted with subscription price hikes and the introduction of ad-tiers, which several platforms will introduce shortly. As we enter the next phase of the streaming wars, services will become less focused on simply gaining new followers but retaining those already subscribed. By looking at the subscriber churn rate, or the number of people who cancel every month, investors will get a better idea of which platform has a more permanent presence in a fast-changing market. Time spent on the platform is also going to become a big indicator of audience interest and help advertisers find the best streaming partner. Time spent will also determine advertising prices. As more services introduce ad-tiers, the profitability of these subscription options will be directly tied to this metric. Lastly, overall content spending will be looked at in a new way. In order to keep people on these applications, there needs to be good content available. But Wall Street is questioning if massive investments into content production will pay off. While determining the ROI of streaming content can be quite complex, it will be worth looking at to keep investors on board.