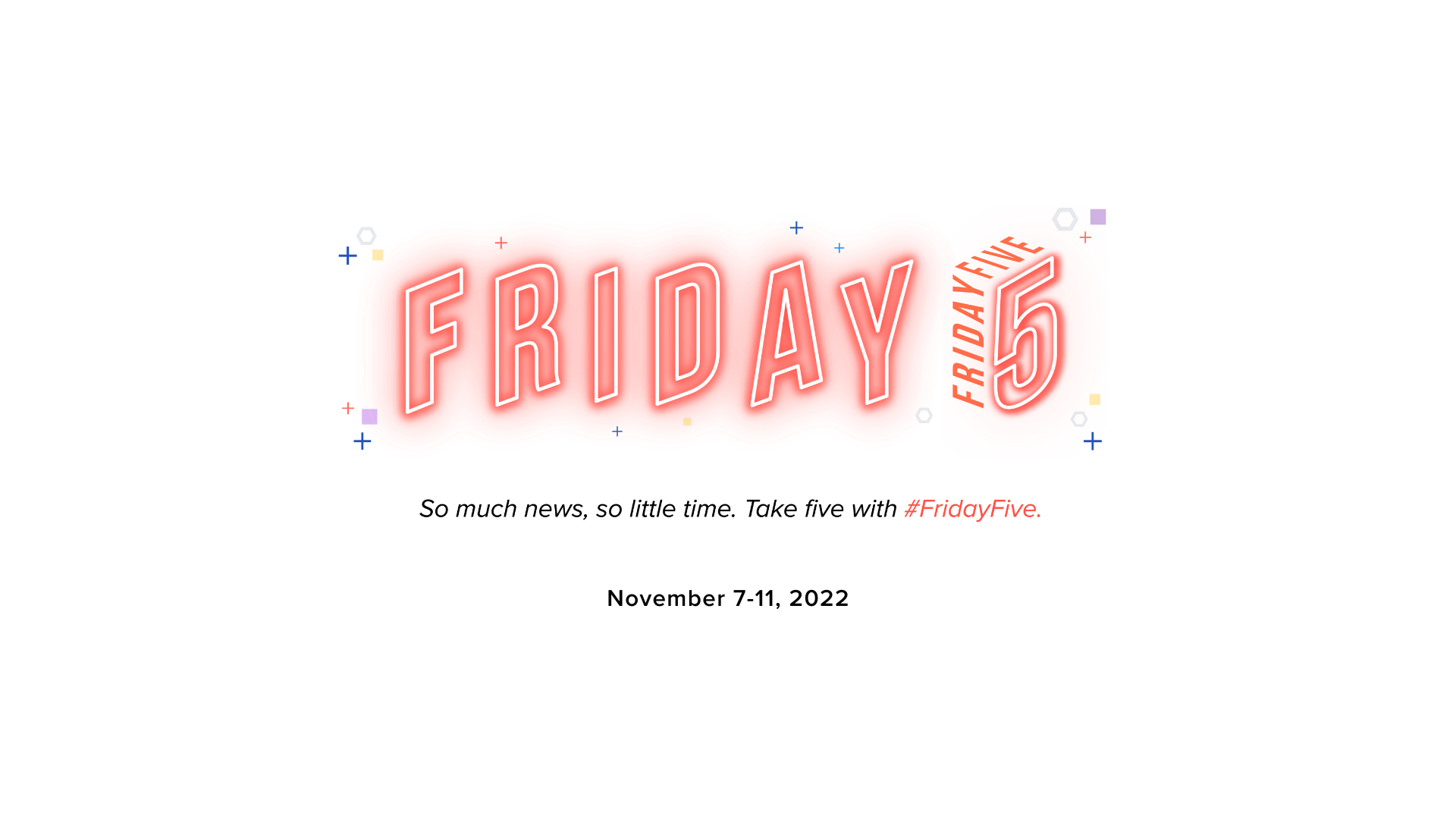 Popcorn and a Business Meeting: AMC Theaters to Introduce “Zoom Rooms”
In a surprise partnership, AMC has joined forces with Zoom Video Communications to turn some traditional movie theaters into “Zoom Rooms.” AMC will rent out a 75-150 seat theater so audiences can attend a Zoom call, now with state-of-the-art picture technology. Companies may also rent out a theater so employees can attend an all-hands meeting together and view the event on a big screen. These rooms can be rented out for three hours at a time and for an extra fee, AMC will offer concessions and concierge services to handle all meeting needs. This new movie theater modification will launch in 17 U.S. markets in 2023, but pricing information has not been released. Adam Aron, CEO of AMC, says that this collaboration was inspired by the pandemic as it shined a light on the importance of collaboration software that brought remote workers together. Aron went on to say, “Now through this partnership of Zoom and AMC, we have the best of both worlds — the spectacular communications platform of Zoom combined with the comfort, size, scale, and state-of-the-art sight and sound capabilities of AMC’s centrally located theatres.” Industry experts believe this partnership is an attempt to bring in more attendees as box office numbers dipped during the pandemic. This past October, attendance was 60% of pre-pandemic levels in 2019. Even though theaters are about to debut some big blockbusters in the coming months, AMC still has a lot to make up for thanks to the past two years. This new product creation may seem like a strange move, but it is a different take on AMC’s core value of bringing people together at the movie theater.

COVID Protocols: Studios Are Dropping Vaccine Mandates for Several Productions
Are COVID vaccine mandates now a thing of the past? Several of the largest studios in Hollywood have announced plans to no longer require that workers receive the vaccine to be a member of the cast or crew. Disney has dropped mandates for 12 TV projects as of this week, but a representative of the company confirms that film productions will continue with enforcing this rule. The removal of the mandate applies to those working in “Zone A,” which is made up of the cast and key crew members who often work closely together, making this a high-risk area of the set. Netflix has also dropped mandates for all their television series and Paramount has done the same for several of their projects. The mandate was first implemented back in July of 2021, when vaccines became widely available. The return-to-work agreement has once again been updated, which gives producers the option to enforce this mandate, but several of them are opting out of this requirement as COVID cases seem to be much lower than last year. Unions and guilds have also been key in negotiating these changes. The president of SAG-AFTRA, Fran Drescher, has vocally approved of Disney’s move to drop these vaccine mandates, and in the past, has opposed this protocol as it left “thousands of unvaccinated members still unable to work.” Other recent revisions to the return-to-work agreement include loosening the strictest protocol. What was once triggered by information of positive cases has now been escalated to hospitalizations. This means strict COVID safety guidelines will not be reinforced until a crew member has been hospitalized with this illness. But ultimately, the decision to enforce any protocol or mandate has been left up to the producer of a project, and unions are reserving the right to reinstitute any of these rules if a new COVID wave rolls in.

All Eyes on Docs: How Non-Fiction Films Are Drawing Larger Audiences
At the 2007 Oscars, Jerry Seinfeld very notably described documentaries as an “incredibly depressing” medium, but streaming has changed the minds of a lot of people. Services like Netflix, Amazon, and Hulu have produced documentaries that have not only achieved mass appeal, but also helped build their audience. The current cultural climate also boosted interest in this genre as the world is dealing with an ongoing pandemic, watching Russia’s invasion of Ukraine, and experiencing various extreme weather events. In addition, biographical features of artists, musicians, and athletes that lack political issues are also gaining in popularity. When disaster strikes, people often turn to entertainment for comfort. Imagine Documentaries co-head Justin Wilkes said, “Because docs have become so mainstream over the last number of years, it only makes sense that people are looking to docs to be entertained or uplifted and feel better about themselves.” Dawn Porter, who has made several documentaries throughout the years that tackle urgent issues around politics, has turned to documentaries as entertainment and began making Cirque Du Soleil: Without a Net, which chronicles how the circus entertainment company rebooted their flagship show after the global shutdown. Other documentaries continue to tackle hard hitting issues but tend to feature celebrities to attract audiences and provide levity. We Feed People, a social issue documentary about world food relief, approaches the issue with a celebrity lens with television chef José Andrés. Other documentaries this year that focus on celebrities, like that of Sidney, Nothing Compares, and Selena Gomez: My Mind and Me, also discuss complex topics like racism, sexism, and mental health. Several documentaries about celebrities that also touch on important social issues are also vying for awards consideration. Streamers and other network executives are taking more chances by producing documentaries that would once have been thought of as too depressing because audiences are now really connecting to these stories.

Price Hikes Ahead: Streaming Services Are Raising Prices in 2023
The next phase of streaming is right ahead, and it will put subscriber loyalty to the test. Four of the largest subscription services have decided to raise their prices by $2 or $3, which will put an end to the streaming honeymoon phase. As consumers are becoming more selective with their spending and subscriptions, this rise in price will likely increase the average churn rate for these services. But although raising prices seems risky for many streamers, it is a risk many are willing to take because the production of tentpole content is also extremely high. Amazon’s Lord of the Rings: The Rings of Power cost $58 million per episode, making it the most expensive show to produce to date. Ian Greenblatt, who is an industry analyst at J.D. Power, believes that the companies that survive the upcoming subscriber churn are the ones with history. Greenblatt says that “Time in game, and in consumers’ minds, is impactful; the longer a sub has been a sub, the more likely they will remain one.” Newer services that have smaller catalogs of content may be on the chopping block as consumers are deciding which subscriptions they want to keep. Streamers with ad-supported tiers may also stay in the game with those who are hesitant to cut ties but still interested in cutting costs. Bundled streaming offers will also fare well because the value of the diverse content will help justify the monthly cost. Franchise streamers like Disney also hold a lot of power, which was noted in the company’s latest earnings call, which reported churn rates that were significantly lower than other platforms. Netflix, which may seem very vulnerable due to their financials and recently reported subscriber loss, still has good consumer perception. According to the. J.D. Power TMI Intelligence report from October 2022, when asked which streaming services they would choose if they could only pick one, 39% of all respondents choose Netflix, which is up one percentage point from 2021.

All Time High: Australia Productions Tops $2 Billion
Australia is experiencing a massive boom in entertainment production as the industry grew to a record $2.29 billion AUD ($1.47 billion USD). Screen Australia recently published their annual “Drama Report,” which highlights the record spend through June 2022. The majority ($977 million USD), was on Australian titles, but an additional $503 million was spent on international productions. In the 12-month period between June 2021 and June 2022, there were 24 Australian films, 62 Australian TV titles, 11 Australian children’s titles, and 65 international projects. This research by the government agency shows that while international companies were the largest financers, two thirds of all spend went specifically to Australian titles, which highlights the strength of the industry. Spending on Australian features reached $508 million, which is up from $320 million in the 2020/2021 year, but the number of movies that went to production dipped to 24, down from 42 last year. Screen Australia executive Graeme Mason said he was surprised that the number was low but went on to acknowledge that “Financing films around the world has been tough for years but Covid has accelerated and exacerbated the problem and the core cinema-going audience for independent films hasn’t come back yet.” Five films that were sold for international distribution made up 87% of the Australian feature budget, since each had their own budget that exceeded $13 million. Two of the features were also co-productions with Ireland and Canada. With several Australian titles set to be released in the coming year and even more titles for streaming services, the outback location is a new entertainment hot spot.