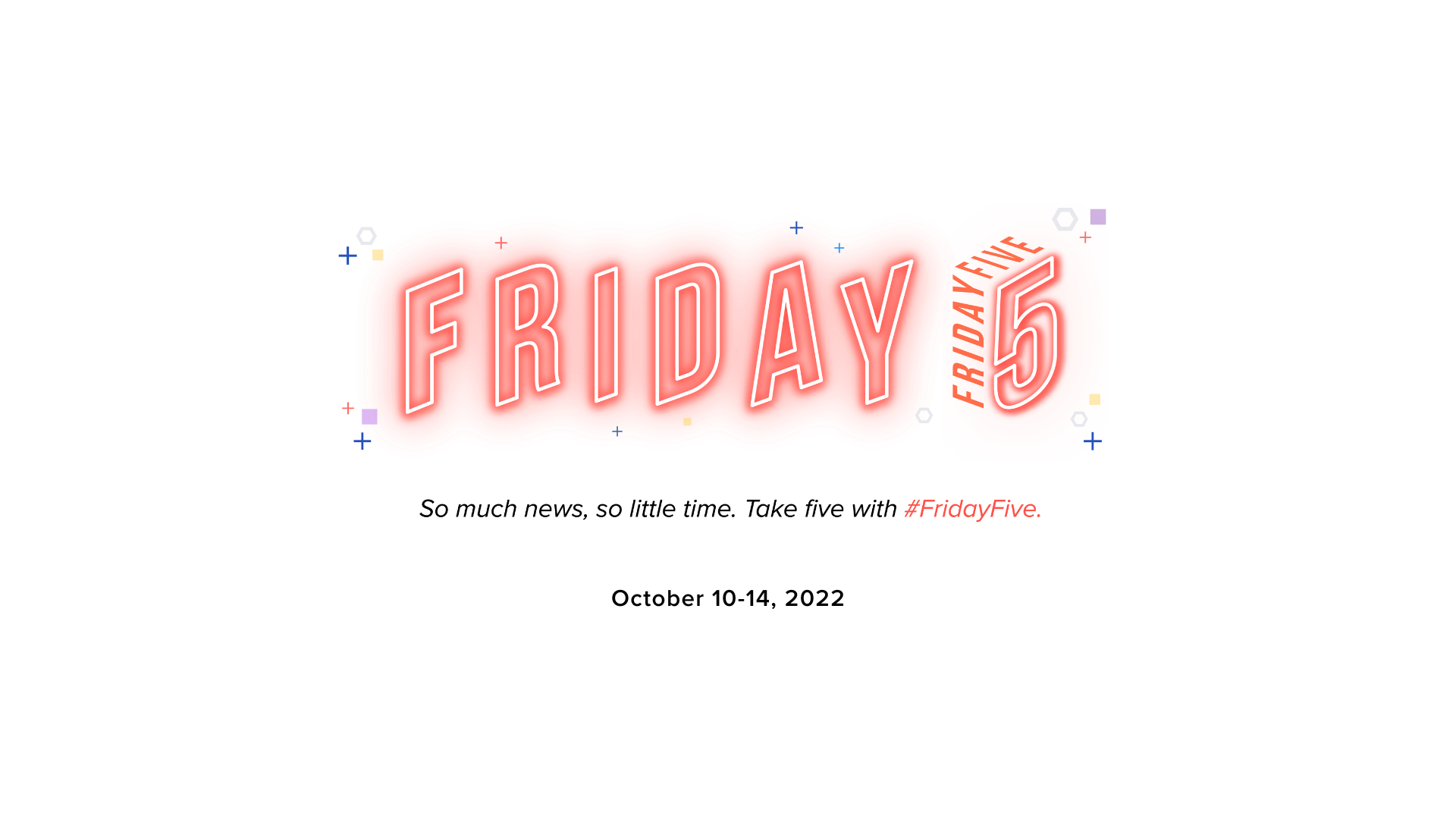 Inflation Subscriber Loss: 20% of Consumers Cut Back on Services
Every year, streaming services tend to raise their subscription fees. And while this generally doesn’t correlate to any big subscriber losses, a new survey shows that economic inflation will be a big game-changer for platforms considering price hikes. Accounting firm KPMG conducted an online survey this past June, which saw over 1,000 respondents that ranged in from ages 18 to 78. According to this survey, 20% of respondents have canceled a streaming subscription, citing inflation as the key motivator. And if inflation continues at the same rate, 37% will plan to unsubscribe from one or all of their streaming services. For the rest of the respondents, 24% acknowledge that they feel the effect of inflation but this likely won’t affect their streaming subscriptions, and an additional 19% said the inflation will not impact their streaming. This survey also inquired about key consumer complaints when it comes to streaming, and unsurprisingly, the most common irritant for consumers is the subscription price. 37% of people surveyed would like to see a price decrease and 14% believe that streaming bundles would greatly help when it comes to consolidating and managing their services. Scott Purdy, national media industry leader for KPMG, believes that “Providers should be thinking outside of content and how they can make their services ‘stickier,’ for example, offering bundles or tie-ins.” This survey proves that streaming services, while ubiquitous, are not recession-proof, and therefore, consumer loyalty will matter the most in the coming months. Even so, 31% of respondents to this survey said they did not plan on changing up their subscriptions this year, and 25% are considering subscribing to an additional service. Lastly, this survey also covered the controversial topic of password sharing in the streaming world. While only 15% willfully admitted to sharing their passwords, 47% said that they would be willing to pay for a subscription that they access with a shared password. This is good news for services like Netflix that are cracking down on password-sharing as they believe 100 million people worldwide use this technique to get streaming access.

Box Office Frights: How Horror Movies Are Holding Strong in Theaters
Films in the horror genre tend to make a significant impact at the box office at their premiere, only for revenue to quickly dwindle as interest from the audience fades. But currently, two horror movies are dominating the box office beyond their opening weekend. Smile got off to a great start with a $22 million debut, and while North American ticket sales shrunk to $18 million at the second weekend, international sales actually shot up by 31%. This sinister movie actually surpassed $100 million in sales globally after being in theaters for only 12 days, which is a profit as this movie cost $17 million to produce. After the first week in theaters, ticket sales normally drop 50%, and movies in the horror genre often see a more drastic drop, so Smile’s 18% drop looks minute in comparison. Chris Aronson, President of Domestic Distribution at Paramount, attributes to success of this movie to the positive word-of-mouth surrounding the film. This movie was originally commissioned to be a streaming release, but test screenings encouraged Paramount to send it to theaters. Marketing tactics for the film have recently gone viral, which also helped gain consumer interest. To advertise Smile, actors were hired to sit behind the home plate of MLB games and creepily grin at the camera. Another horror movie, Barbarian, has a softer opening but is holding strong in ticket sales. The Disney and 20th Century production only saw a 40% drop in ticket sales in its 4 weeks in theaters, which translates to a total of $36 million in revenue. Despite its lower rating on some review sites, this movie about a bad Airbnb booking is still performing quite well. Box office analysts have also identified other factors leading to the success of these films, which include the seasonality of the premiere and the lack of competition from other studios. Additionally, the horror genre has been a reliable box office draw throughout the pandemic. These two movies may soon be challenged by one more horror movie about to make its debut, Halloween Ends.

Climate Silence: Movies and TV Shows Rarely Mention the Climate Crisis
Good Energy, which is a nonprofit story consultancy that released a playbook about screenwriting in the age of climate change, recently partnered with USC’s Media Impact Project on a study that evaluated the presence of climate issues in scripts from 2016 to 2020. Anna Jane Joyner, founder of Good Energy, went into this project expecting small numbers and the results confirm this, illustrating the importance of this project. Erica Rosenthal, Director of Research at the USC Norman Lear Center, was interested in this project as “There’s actually very little research on how frequently climate change issues are represented in entertainment and what audience appetites are for these stories.” In the future, Rosenthal hopes to work with Good Energy to analyze the impact of these climate stories. To give a better scope of this project, 37,453 TV and film scripts were searched for 36 keywords that relate to climate change. According to the report, only 2.8% of all scripts analyzed contained a keyword, and only 0.6% included the term “climate change.” Additionally, both Good Energy and USC’s Media Impact Project surveyed 2,000 individuals and found that the majority of people would like to see climate change more represented in scripts. Cable networks Showtime and NatGeo had the highest number of climate change mentions. In streaming, Netflix had the most mentions thanks to its large library of content, but HBOMax had the highest likelihood of climate mentions. Another surprising fact is about extreme weather events in media, which includes hurricanes, droughts, heat waves, wildfires, and more. But out of all these inclusions, only 10% of these weather events are connected to climate change. And when climate change is present in these disaster stories, they tend not to make a big impact. Good Energy plans to continue their research by releasing a 2021 and 2022 analysis and repeating this process every two years. Additionally, climate change hopes to partner with more productions of all sizes to ensure climate change gets included in more conversations.

Holiday Programming: Inclusivity is Key for Cable Feel-Good TV
This week, Adweek held their Convergent TV West Summit and spoke about inclusivity on television. Leading this conversation was Wonya Lucas, President and CEO at Hallmark Media, and Adweek’s TV Executive of the Year, to speak about upcoming programming. Hallmark is about to enter their prime content season, or their “Countdown to Christmas” programming, and Lucas spoke about expanding their audience with inclusive storytelling. Lucas’s own unconventional path, from a background in engineering to the C-Suite of Hallmark Media, tells a story of authenticity, that she hopes will be thematically present in future stories. Hallmark’s Countdown to Christmas is a massive and beloved event that produces 40 movies every year. With a strong foundation and fanbase, the focus now is to elevate diversity and inclusion across the brand. Wonya Lucas told Adweek that “What we try to do with our everyday diversity is to find those elements that are relatable to a diverse audience while remaining really accessible to everyone.” By doing so, Hallmark’s diversity efforts are not only organic, but intentional to make sure they are able to maintain their existing audience. When it comes to linear TV, it is well known that viewership is falling as consumers opt for on-demand or streaming content. But Lucas stands strong in her faith in the Hallmark linear format, as the network has seen a much slower decline in viewership compared to other cable networks. Hallmark is already planning out its entrance into the streaming space, but in doing so, wants to stay true to the core values at the heart of the linear channel. Evolution is necessary to meet your consumers where they are, but for Hallmark, authenticity is key. So as the brand creates their new platform, Lucas confirms they will be “staying true to the essence of the brand while continually elevating and diversifying our talent and storytelling.”

Rise of Italian Cinema: New Research Shows Boom In Italian Distribution
At Rome’s MIA Market, research by Emilio Pucci of local cinema body Anica was shared and identified massive growth for Italian film. Between the years 2017 and 2021, the number of Italian films that have been exported to other countries has doubled. In 2017, up to 52 feature films made their way across the Italian border, but in 2021, this number shot up to 117. Therefore, roughly 47% of all movies made in Italy have been distributed to other countries. This data was very difficult to extract and Anica General Secretary Francesca Medolago Albani confirms that research like this has never been done before. But even with this new landmark result, there is a lot that still needs to be uncovered when it comes to the trajectory of the Italian film industry. Increased co-production seems to be the most prominent reason behind this increased international mobility, as they are now averaging 50 per year. Before 2016, Italian co-productions hovered around 30 per year. While 49% of internationally distributed Italian films were co-productions, 26% of all movies were acquired by global platforms, and 24% were released theatrically. This new study also examined the real value behind international distribution and found that economic investment rose to €114m in 2021, from its 2017 €30m starting point. After presenting this research, Carlotta Calori, producer and co-founder of Rome-based Indigo Film, said that less than a decade ago, Italian movies were often overshadowed. But “Today, the situation has changed dramatically. We see an incredible interest in our productions.” Calori believed regional film commissions, the rise in film quality, and the new generation of filmmakers are behind this change in attitude towards Italian cinema. Albani also noted the positive impact of government policies that support the industry and the tax credit program as reasons for this increased interest in Italy. Andrea Occhipinti, CEO of production and distribution company Lucky Red, said that while this report is impressive, there is still a lot of room for growth. Occhipinti also believes Italy should look at the work France is doing as they are home to one of the largest film festivals, Cannes, and produce a larger variety of films every year.