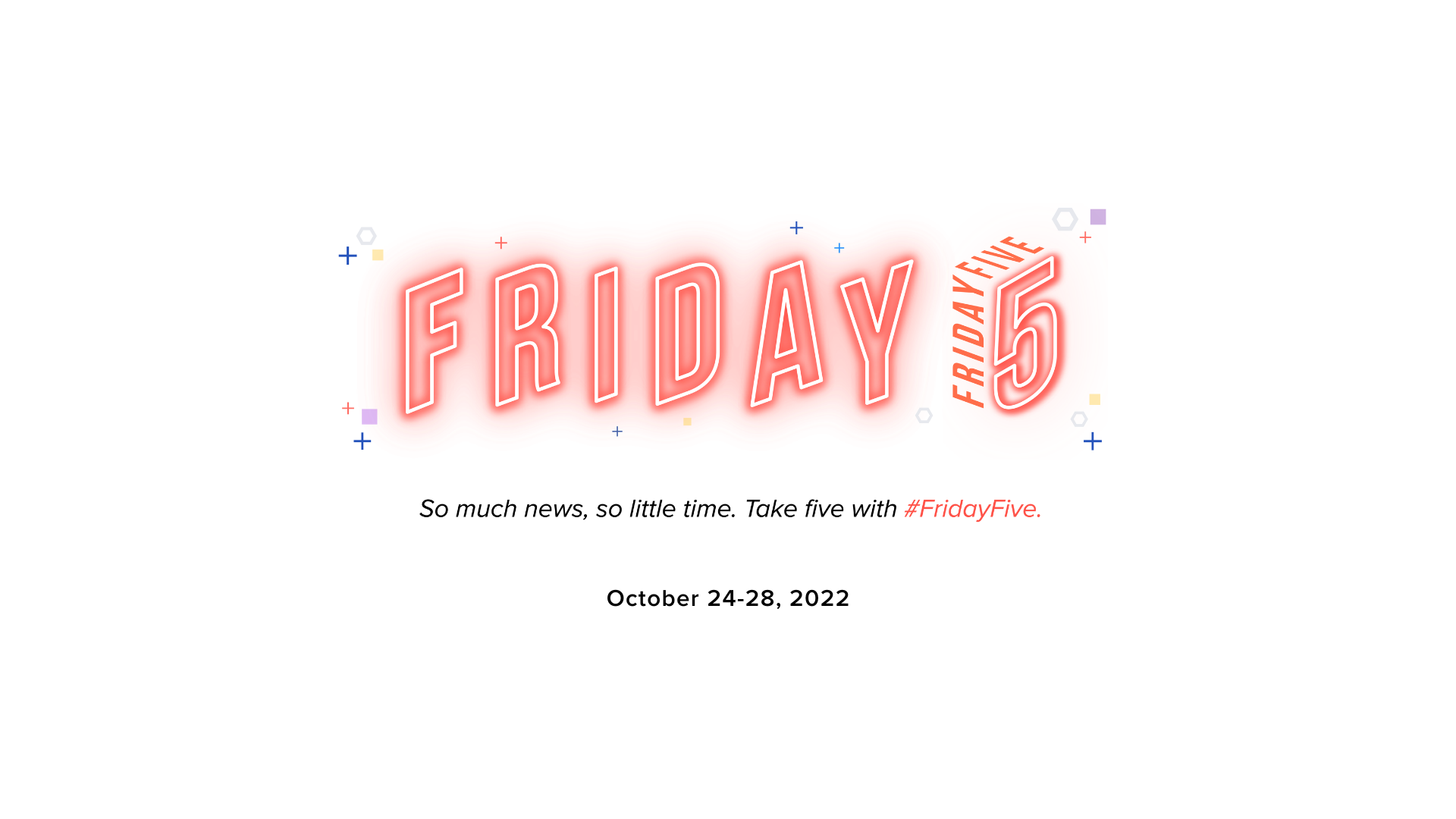 Streamers Take to the Skies for In-Flight for Entertainment
Since 1921, in-flight entertainment has evolved to a $250-300 million-a-year industry, according to Joe Leader, CEO of the Airline Passenger Experience Association — and has grown to include films, TV, music, and podcasts. In recent years, streamers have expanded the space by offering original content across seatback screens in addition to new and old theatrical releases, starting with Netflix and followed by HBO Max, Hulu, Disney+, and Peacock. In the skies, streamers have a captive audience likely affluent and likely to pay for streaming subscriptions. “We have passenger eyeballs for four to eight hours at a time,” says Josh Marks, CEO of onboard entertainment provider Anuvu. In 2021, U.S. airlines carried 674 million passengers, according to the Bureau of Transportation Statistics. With the prospect of captive audiences in the skies, airlines seek content deals for studios and streamers. Some projects are sold individually, as a slate, on exclusive deals, and others are placed on many carriers. Hulu/Disney partnered with multiple airlines, Peacock landed on American, and Netflix landed on Virgin. With expansion comes challenges such as windowing. Just as theaters had long held exclusive screening rights before films went to streamers, airlines typically had early access to new releases, but that’s no longer a given. Some airline exclusivity is resurfacing —as with Top Gun: Maverick, which followed a more traditional release schedule, but Leader says some streamers remain “super competitive” and want films early “as a hook to make sure that people stay with the streaming service. “Warner Bros. Discovery content licensing exec David Decker says in-flight releases remain an important element to the company’s theatrical, cable and streaming offerings: “You’ll see our new releases be on airplanes in the early stages of the windowing, where it is still top of mind for everybody, and they may not have caught it yet in theaters or on the streamer.” Added Peacock Executive VP of global partnerships and strategic development Annie Luo of the streamer’s partnership with American Airlines, “We are always looking for new and innovative ways to bring our content to customers wherever they are, even in the skies.”

Study Finds Smaller Budgets for Shows by Women and People of Color
Despite significant improvements in diversity, both on and off camera, in the TV industry, significant roadblocks still exist for women and minorities — chiefly budgets. According to UCLA's Entertainment and Media Research Initiative, more than half of white men's television shows are made with a budget of $3 million or more per episode. Broadcast shows had 41.5% episodic budgets above $3 million, while cable and streaming had 48% and 61.3%. In contrast, show creators of color had budgets above $3 million per episode, 28.5% (broadcast), 29.2% (cable), and 33.3% (streaming). Streaming was significantly better, at 48.7%, but still, far behind their male counterparts — 13% of broadcast and 13.3% of cable shows with episode budgets over $3 million were white women creators. UCLA researchers examined data relating to 407 scripted shows that aired between September 1, 2020, and August 31, 2021, looking at the racial and gender composition of the show’s cast, creators, and other key crew members. Moreover, the study found that 21% of white men creating shows on streaming have budgets of $7 million per episode. By contrast, only 11.1% of minority creators have episodic budgets reaching that threshold. Disney+’s Wandavision was the only show from the season surveyed with an episode budget of over $7 million created by a white woman. As far as demographics are concerned, overall percentages are improving from previous years. Women made up 31.8% of show creators in broadcast, 31.2% in cable and 36.1% on streaming, compared to 13.1%, 26.6%, and 25.6% for people of color, respectively. However, despite improvements from the previous year, it remains disproportionate to U.S. demographics. As part of the study, researchers also found that cast diversity improved across three surveyed platforms, with 34.9% of broadcast, 35.8% of cable, and 30.7% of streaming shows featuring casts where the majority were people of color. There were, however, significantly fewer leads of color in broadcast TV shows than in cable and streaming, at 27.4% and 39.6%, respectively.

Star Power Drives Box Office Success for Ticket to Paradise and Black Adam
In their respective debuts, Black Adam and Ticket to Paradise helped the box office post its biggest weekend in months. But could they have over performed without major stars? Word-of-mouth proved powerful enough to exceed early projections for Black Adam, which ranked as the No.1 movie with $67 million, and Ticket to Paradise, which ranked second with $16.2 million. Rotten Tomatoes, however, gives Black Adam a 40% rating, while Ticket to Paradise a 55% rating. According to box office analysts, the unadulterated charm of their leading men and women makes up for what those films lack in critical acclaim. Even though Black Adam has earned $140 million globally, Warner Bros. needs to keep it in theaters to justify its massive production price tag of $195 million. The $60 million Universal budgeted Ticket to Paradise has already grossed $96 million abroad. For the film to turn a profit theatrically, rival studios believe ticket sales must exceed $150 million. Clooney, Roberts, and The Rock got people to show up for opening weekend, and now they need them to keep buying tickets. It’s reported that Johnson scored his biggest opening weekend as a leading man after talking about "15 years of struggle to make this passion project a reality." Because Black Adam exists in the DC universe, it's not solely selling tickets on Johnson's name. Even though it received middling reviews, it managed to make $67 million, which is comparable to the debut of Jason Momoa's Aquaman ($67 million) and Zachary Levi's Shazam ($53 million). in the rom-com arena, although the film's critics weren't crazy about it, Roberts and Clooney's tale of bitter exes traveling to Bali to stop their daughter's shotgun wedding nailed the comforting and familiar formula that made the genre so popular. Feature films set to release in the coming months are, Babylon, starring Brad Pitt and Margot Robbie, by Paramount, followed by The Whale, a smaller drama focusing on Brendan Fraser, who is now experiencing a career revival. Potentially successful films like Disney's Avatar: The Way of Water could inspire Hollywood to step out of the superhero realm.

The Impact Web3 Could Have on the Film and Television Industry
Screen International and Broadcast sponsored a roundtable event at MIPCOM where industry executives discussed Web3—an internet owned by the builders and users, underpinned by tokens. Sponsored by MContent, participants explored the latest developments in the technology, and how it will impact the film, TV, and distribution sectors. Participants included Banijay Chief Commercial Officer Owain Walbyoff; Scott Greenberg, CEO of Fox Entertainment-owned animation studio Bento Box and Blockchain Creative Labs; Red Bull Studios Commissioning Executive Dominique Cutts; MContent Chief Content Officer Phil McKenzie; MContent Head of Global Streaming Brandon Fong; Judith Chan, Executive Director of Media Banking at Coutts & Co; Markus Shafer, President and CEO of ZDF Studios; and Nicola Macchitella, Sales Executive at Beta Film. The companies described their use of Web3 in their business. Shafer speculated if a Web3 underpinned by blockchain could help with “nitty gritty, cumbersome things” like royalty reporting and “help us to become much more efficient, and also, to be fair and quick in reporting to creators and content owners.” According to the panelists, the crypto crash might be a positive development for Web3, since it would deter speculators and help the sector focus on practical and creative solutions. Greenberg said he wants to create authentic content that is appreciated by fans: “I don’t want speculators buying my thing.” Cutts stated, “The benefit of Web3 is that ownership becomes decentralized – that people can have a piece of something.” Cutts added that Web3 is in an experimentation phase. “We’re not really at Web3 yet. We will end up with something that becomes a functional marketplace, universe, whatever it is, but we’re not there yet.” Beta Film’s Macchitella noted many people are still struggling to understand the new use cases for the technology. As Phil McKenzie, director of MContent, said, Web3 advocates could often be their own worst enemies by always focusing on the tech side. He said it was important for experiences to be as seamless and easy to use as possible to help web3 achieve a “tipping point.” The panel noted a few examples of raising money for films and TV shows using cryptocurrencies; NFTs had funded most. McKenzie pointed out that tech helps create a closer connection between the creator and the audience. According to Greenberg, investors can easily acquire fractional ownership by using blockchain technology. Fans can create seed value for projects by supporting and funding shows, making them more appealing to investors.

Saudi Boom Drives Middle East Box Office Recovery Faster Than Other Global Regions
Due to a young demographic, premium screens, and a smart balance of Hollywood blockbusters and regional content, the box office has bounced back in some Middle Eastern territories. Still, Saudi Arabia stands out as perhaps the only country on the planet where box office returns have doubled since the pandemic. Omdia reported at Dubai’s Meta Cinema Forum, one of the region’s major exhibition events. Despite being lower than pre-pandemic box office returns of $743 million, Omdia's senior analyst Maria Rua Aguete said the Middle East recovered to $558 million in 2021. Until COVID-19 struck in 2019, United Arab Emirates held the title as the region's top market with a total of $262 million, but grosses fell to $14 million in 2021. In comparison, the Saudi Arabian box office revenue surged from $112 million in 2019 to $238 million in 2021, just a few years after the kingdom removed a 35-year-old religion-related ban on movie theaters. Having risen from a 15% share to accounting for over 40% of Middle East revenues, Omdia predicts Saudi Arabia will remain the top Middle East market as its screens and customer base grow. Omdia estimates that by 2024, Saudi Arabia will have 1,400 screens, up from 300 in 2020. Even so, Omdia’s data indicates that the U.A.E. – with a population of 10 million compared to Saudi’s 35 million – continues to spend the most at the box office per head in the Middle East, at $14. However, the kingdom is moving up the "spend per head" ladder. According to Omdia, the Middle East's rapid box office recovery can be attributed to the growing number of new cinemas. It quantified the average number of lucrative premium screens per country across the region at about 3.6%. With nearly 10% of its screens being luxury and large format, Saudi leads the way.