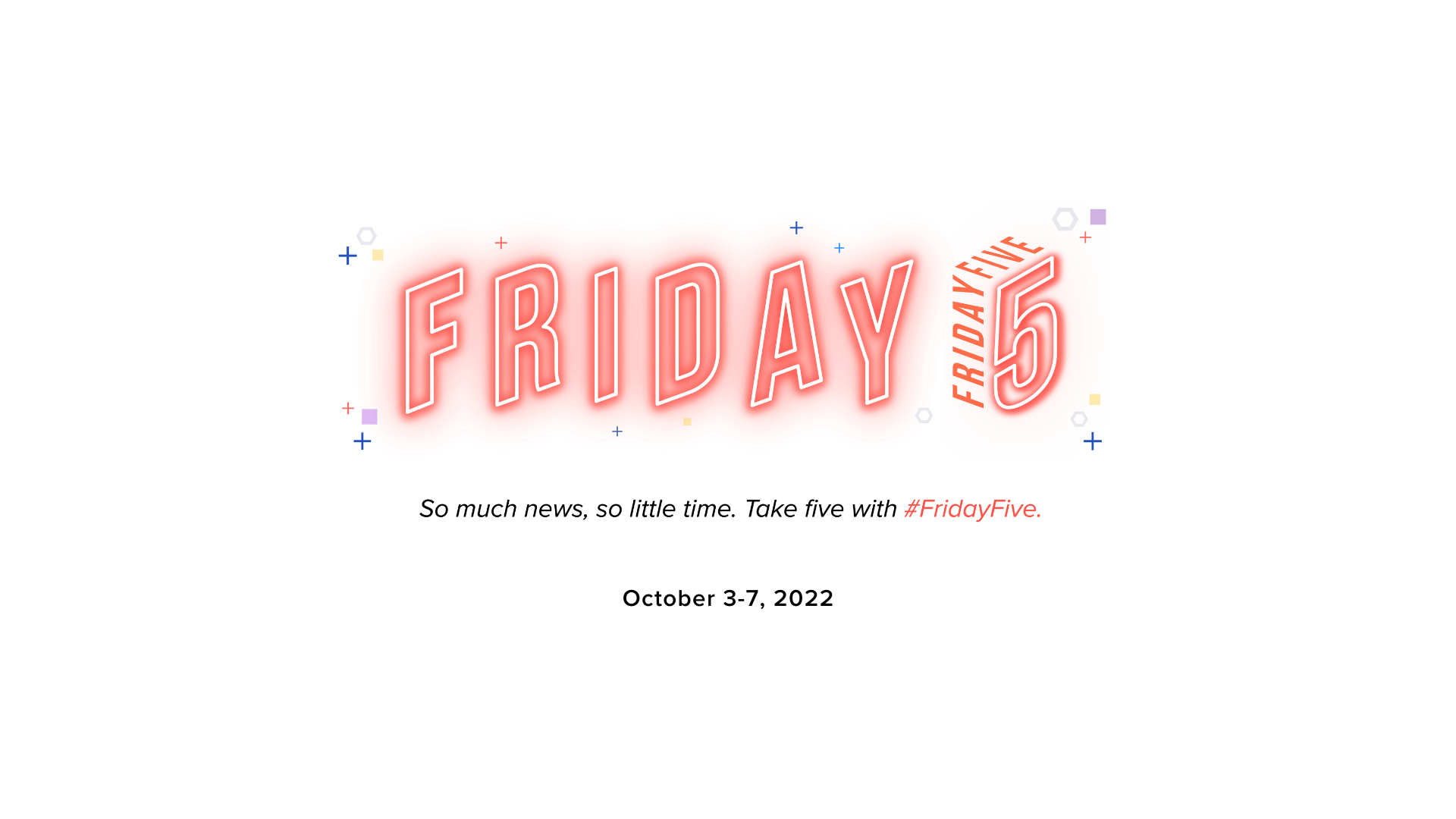 Writers’ Rights: WGA Wins Arbitration for Its Members
The Writers Guild of America (WGA) has been successful in winning several arbitrations in recent months over member wages and residuals. But in the most recent deal, writers can now reacquire the rights to their unproduced scripts, potentially opening the doors for more rulings in favor of screenwriters. In the WGA West newsletter, they explain that not only is this a win for screenwriters, but it is incredibly helpful as it clarifies an overcomplicated reacquisition process. The guild’s Minimum Basic Agreement defines the reacquisition procedure, saying that “at any time during the two-year period immediately following expiration of the Company’s five-year period within which to actively develop the material, the writer may notify the Company in writing of the writer’s intent to reacquire the material.” The latest deal makes it so that certain actions by a production company are not enough to define a script as in “active development,” which would prohibit a writer from reacquiring it and making a new deal with another buyer. Eric Warren Singer, who was trying to reacquire his screenplay, God Bless the Damned, from Indian Paintbrush Productions, contacted the Guild back into 2020,establishing the need for arbitration. Indian Paintbrush Productions defined the script as in “active development” because, two years earlier, another writer was hired for rewrites, and creative meetings are occasionally being held for the script. But since they failed to provide any timeline for delivery and no significant ongoing financial commitment was made to the project, it was ruled that the writer should be able to reacquire the script. In addition, the WGA plans to hold an educational webinar this fall to further clarify this arbitration and the reacquisition process.

U.K. Production Boost: Decline of the Pound Could Create Investment Opportunities
As the value of the pound falls, international companies might gain interest in U.K. locations for their upcoming productions. Currently, the pound is valued at $1.30 USD, which has dipped 10% in value over the last six months compared to the dollar. In addition, the nation’s production spend is at an all-time high. With several big action films and streaming shows having been filmed in the last year, U.K. production spend reached £5.6 billion, which is double what was spent in 2020. Now that the pound is closer in value to the dollar, U.S. streaming companies and Hollywood studios will be eager to move to the U.K. to cut costs. Forecasts predict that by 2025, this investment by American studios could increase by £3 billion. Jeremy Rainbird, the co-founder of the Creative District Improvement Company, which is currently creating several studio sites, believes that “on top of the fantastic incentive of government tax breaks, there is in effect a major financial discount to producing in Britain.” Currently, several Hollywood projects have set up shop across the pond, and £4.77 billion of last year’s production spend was all thanks to U.S. companies like Warner Bros, Disney, Universal Studios, Amazon’s Prime Video, Netflix, and Apple. Netflix is also notorious for its heavy investment in content made in the U.K., spending £1 billion every year. This production boom is also heavily tied to the demand for content and the need for studio space. The iconic Pinewood Studios in England, home to the James Bond franchise, has plans to double in size to help meet these needs. With studio space in the U.K. currently at 95% capacity and new development plans underway, the only concern for the country’s entertainment industry is a potential skills shortage, as 25,000 new recruits are needed by 2025 to keep pace with the current level of demand.

Trouble in Edinburgh: International Festival and Filmhouse to Cease Trading
The Centre for the Moving Image (CMI), which is a charity that runs the Edinburgh International Film Festival (EIFF), the Filmhouse Cinema and Café Bar, and Belmont Filmhouse, have issued a statement saying that these properties will cease trading with immediate effect. In addition, 102 of the 107 people staffed by CMI have been made redundant, leaving five on staff to help with the administration process. Before the pandemic, EIFF was the longest continuously running film festival in the world, having been created in 1947. In a statement, CMI describes the reason for the administration as “the perfect storm of sharply rising costs, in particular energy costs, alongside reduced trade due to the ongoing impacts of the pandemic and the cost-of-living crisis.” With the combination of unforeseen events and economic challenges, the charity is forced to take immediate action. Going forward, the administrators with work with Creative Scotland, City of Edinburgh Council, and Aberdeen City Council to manage this transition, as the assets will be sold, and the brand trademark will be transferred. Creative Scotland is still hoping to put on EIFF in 2023, but as funding and leadership remains uncertain, the company is left exploring options and potential plans at this time. The CMI is the first large charity that has been forced to fold due to rising inflation costs in the U.K. Theaters seem to be particularly at risk as Filmhouse admissions are still only 50% of pre-pandemic levels, while goods and services inflation lies between 10% and 30%.

Every Second Counts: Advances in TV Measurement Technology
Modern TV viewers are very agile and are constantly switching between devices to consume content. In order to better track these mobile viewers, measurement company VideoAmp hopes to be the alternative to giant Nielsen with their latest product that can examine viewership second-by-second. With these new detailed insights, advertisers will also be given the ability to decide where in the commercial break their ad would perform the best. This new product is part of the larger industry push towards better TV ad measurement that is more granular and adapts to changing viewer behaviors. Streaming services and on-demand content are ruling the market, meaning that brands that traditionally advertise on broadcast television are more particular with their placements and want to make sure they are reaching the desired audience. In order to do that, more data is needed to make those decisions. Not only would this new product benefit advertisers, but VideoAmp believes networks would be interested as well because this could help provide insight into the exact moments in a program that drives views. VideoAmp has worked with several broadcasters to test their measurements and used second-by-second technology for the 2022 BET Awards. According to Berj Kazanjian, Senior Vice President of Ad Sales Research at BET, “Our teams utilized this transformative data to identify the most compelling program elements, such as show performances, commercials, host presentations, and more.” This detailed information was very desirable to the network, and they plan to continue to use it to better their content and connect with their audience.

5 Years Later: Women in Film Reflect on Hollywood’s #MeToo Movement
Five years ago, the New York Times published an expose on producer Harvey Weinstein’s history of harassment and abuse. It’s thought to be the starting point of #MeToo in Hollywood, a movement to acknowledge widespread sexual harassment. On this fifth anniversary, the non-profit organization Women in Film released the results of a survey that gauged the changes in Hollywood’s culture. While the survey displayed an overall increase in awareness over workplace harassment, a majority of respondents have experienced or know someone that has experienced harassment or misconduct in the last five years. In particular, 69% of all respondents have personally experienced abuse in the last five years and 30.9% said someone they know faced misconduct. This number is also stark for people of color, as 55% of those who took the survey have experienced harassment themselves. The survey collected responses from 174 individuals who are currently or have worked in the entertainment industry in the last five years. According to how the respondents identified themselves, 93.6% are women, 3.5% are men, 2.8% are nonbinary or another gender, and 1.2% are transgender. Women in Film continues the conversation by releasing anonymous anecdotes from the respondents including several quotes about women enduring abuse despite earning higher positions in power. Women in Film currently has a Help Line that offers support and resources for anyone who has experienced discrimination or harassment while working in the industry.