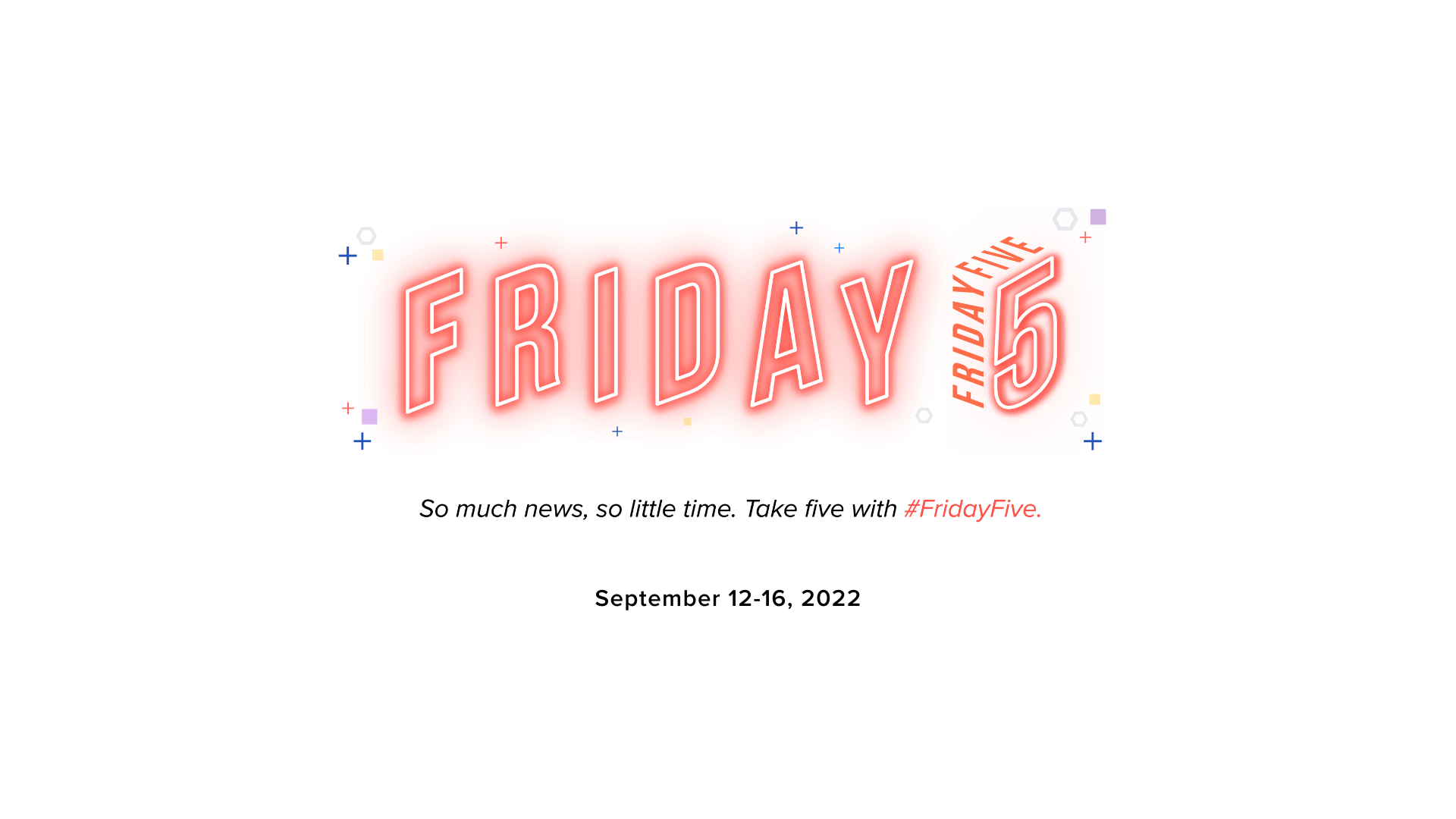 It’s All About the Perks: Streamers Finding New Ways ToKeep Subscribers Loyal
Streamers are struggling with user churn, so many are investing in programs to keep people subscribed and loyal to the brand. Disney+ SVP Kristina Schake revealed at the end of last month that the company’s service was looking into creating a membership program akin to Amazon Prime, though their rewards may include exclusive toys and travel perks. With recent reports from Tubi and Kantar claiming that 57 percent of U.S. households want to cut down on their number of streaming services by next year and 38 percent of U.K. households doing the same, the pressure is on. Streamers must offer more value to their customers to keep them on board. Another factor affecting forecasted churn rates are the cost-of-living crises being experienced around the world, making people consider the value they get from a subscription. Many industry leaders think the implementation of loyalty programs is a clear next step in the so-called “streaming wars.” Creating these sorts of programs can help a brand connect relevant datapoints. For Disney, a membership program allows them to connect viewing and buying behaviors, which could help personalize every experience they offer online and in person. According to Jim Dyer, Head of Client Leadership at Wunderman Thompson U.K., it will be families that are tightening their financial belts this coming year. And a U.K. poll from the Institute of Practitioners in Advertising shows that to keep these families interested, a brand must offer more. 33 percent of their poll respondents wanted more promotions and 30 percent wanted rewards from brands to whom they stay loyal.

IMAX Wants To Go Live: Theater CEO Talks Going Beyond Standard Screenings
During the 2022 Communacopia + Technology Conference this week, IMAX CEO Richard Gelfond introduced the next stage in the company’s growth, which is being called “IMAX 3.0.” While the company has expanded its technology a lot in the last few years, Gelfond believes that “in terms of value creation, there’s a long way to go.” And as theater attendance continues to decline with the rise of day-and-date premieres, their new LIVE network can attract and engage audiences in a whole new way. Events like exclusive film screenings followed by Q&A sessions with filmmakers could become a new normal for IMAX theaters around the globe. In January of 2022, 70 screenings of Peter Jackson’s The Beatles: Get Back documentary, each of which was followed by a Q&A with the director, played to near sold-out crowds, bringing new appeal to a documentary that was only available to stream for the previous three months. The video game industry is also looking to get on IMAX screens with ticketed broadcasts to the Game Awards and the Summer Game Fest. A new movie screening followed by an exclusive Q&A is already in set for the movie Don’t Worry Darling on September 19, which several theaters sold out immediately. As these types of events prove to bring added value, providing a new revenue stream for the company, IMAX is already doubling down, planning to wire 200 theaters by the end of this year and 400 by the end of 2023.

Italy in Focus: Industry Executives Rush to Rome’s MIA Market
Italy is experiencing a content boom, thanks to increased production interest from streaming platforms and local broadcasters. And now, the market has also caught the eye of U.S. companies and executives. The Mercato Internazionale Audiovisivo, or International Audiovisual Market (MIA for short), began only eight years ago and runs alongside the Rome Film Festival. The event, which occurs from October 11—15, has increased registration by 120 percent, with key entertainment companies like Disney+, Paramount+, CAA, Fremantle, Sundance Institute, Sky, and Warner Bros. Discovery confirmed to be in attendance. MIA Market’s Director Gaia Tridente, who has worked for the market since 2017, has seen a major shift in the industry. She goes on to say that the market is now “balancing things more with global production in mind and, of course, the changing models for helping support the distribution arms, especially for theatrical, which have been affected a lot by the pandemic years.” The event is a joint venture between two Italian trade organizations—ANICA and APA—and also received financial support from the government. The market covers several segments of the film industry, like film distribution, industry programs, networking events, and for the first time, animation. The 2021 edition of the MIA welcomed over 2,000 professionals from 58 countries, and with the new focus on partnering with international players, the event is hoping this number increase, bringing in new opportunities that welcome diverse content from around the globe.

Representation Binge: Nielsen Finds That Latinos Prefer Content With On-Screen Representation
Nielsen just released their latest study, which analyzed how Latinos in the U.S. watch television and how they respond to representation both on and off screen. The study also focuses on streaming platforms, as that’s how Latinos watched nearly half their programming in July. Only 23.1 percent was from live broadcasts, while 20 percent was attributed to cable. In the first quarter of the year, Latinos viewed less TV compared to the entire U.S. population, with hours a week compared to the overall average of 20 hours per week. Looking at 530 of the most streamed shows from 2021 until Q1 2022, shows with only off-screen representation saw 25.2 percent cultural watchability, while on-screen representation made this number jump nearly 10 percent to 34.4 percent. Overall, representation in these shows did not match the percentage of Latinos in the current population. Only 19 percent, or 36 of the 530 shows, has maintained accurate representation compared to the current population. From an industry standpoint, 130 of these selected shows were deemed “highly bingeable,” though just 56 have any Latino representation on or off-screen. In a statement, Stacie de Armas, SVP of Nielsen’s Diverse Insights and Initiatives at Nielsen, said, “it’s clear that inclusion plays a significant role in bingeability and cultural watchability in content for Latinos.” Latino-led content not only speaks to Latinos in the U.S but also new viewers and audiences who seek diverse and accurate representation. This Nielsen study comes a year after a report by the U.S. Government Accountability Office, which found that the entire media industry’s workforce only comprised of 12 percent Latinos—a lower percentage than all other industries combined.

Tunes for TV: Stock Music Usage on the Rise
In a recent survey commissioned by Production Music Association, it was found that nearly half of all music played during American broadcasts is considered “production music.” The survey covered both broadcast and cable channels, but streaming services and pay cable were not included. Conducted in February and March of 2022, the study found that 39 percent of all airtime included music, and 46 percent of that airtime came from production music companies. This type of music, also called “stock music,” is made for media production use and is cataloged for immediate licensing. Unlike a specialized TV score, these songs are made to match a general theme, rather than catering to specific sequences or scenes. In addition, the survey found that production music made up 20 percent of all music used in promotional ads—6.5 percent more than other commercial music on broadcast and cable TV. Lifestyle content used the music most, such as Investigation Discovery, Oxygen True Crime, Food Network, Outdoor Channel, and TruTV. Channels and telecasts that used this music the least included news and talk show content like Fox News, BET, and CNBC. Adam Taylor, President of APM Music and Chairman of the Production Music Association, explains that this report shows that production music “plays a vital role in the success of modern programming.” The quality of these production music libraries has greatly risen over the years, which directly correlates with the increased use we’re seeing on television.