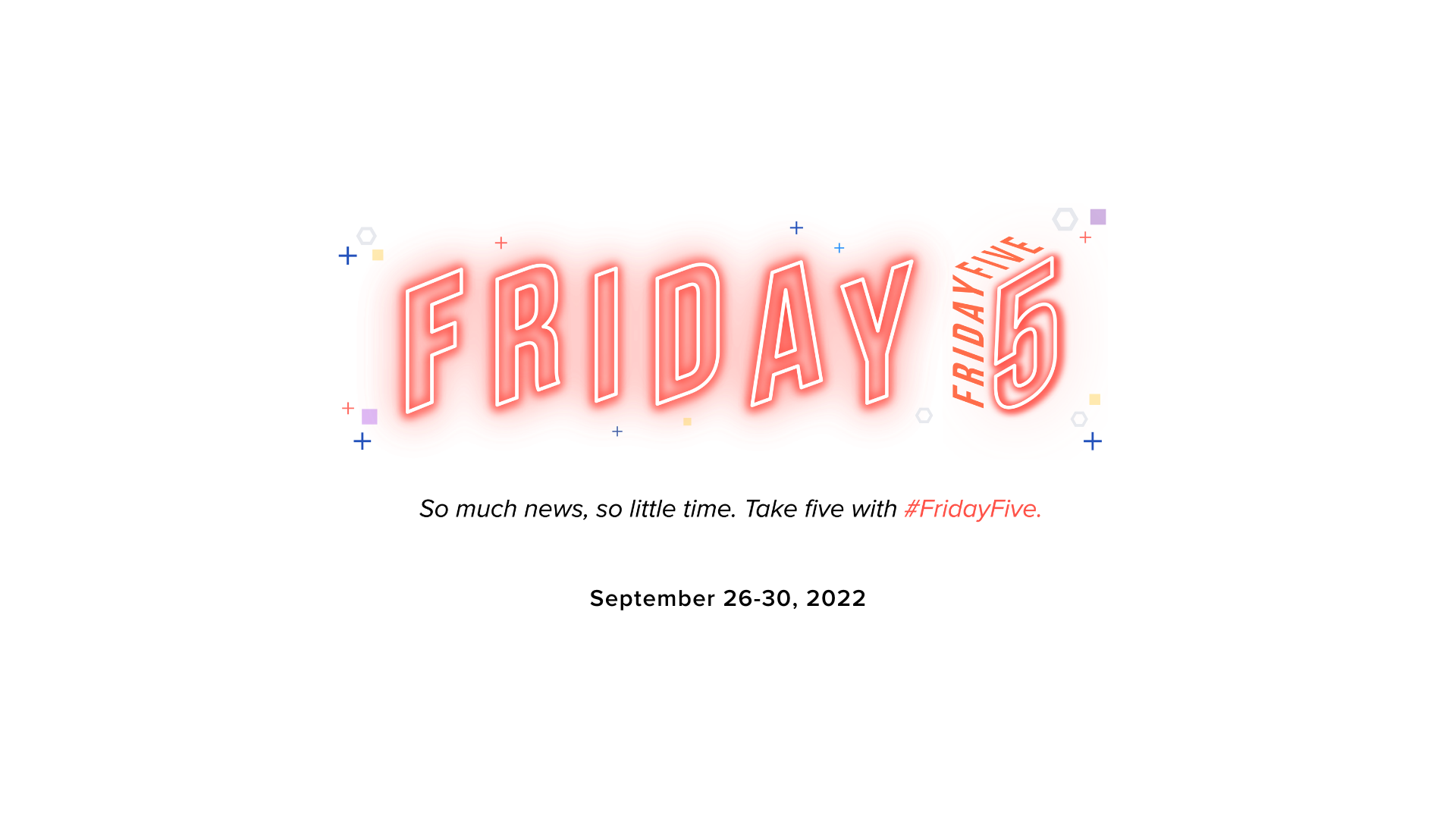 Think Outside of the Box: New Survey Shows People Want More from Streaming
Original streaming productions used to be a key draw for subscribers, but with a plethora of platforms releasing unique content, streamers need to do more to stand out. In the next few years, the companies that catch the eye of subscribers with be the ones who can successfully integrate media beyond movies and tv shows. In a survey from Publisher’s Clearing House titled “What Will They Pay For? The Mind of The Modern Subscriber,” the marketing firm reached out to 15,000 Americans. According to the survey, 39% of all respondents still believe the most attractive streaming content is movies and scripted TV, but sports, music/podcasts, and gaming are also notable categories. Overall, the survey found that gaming was identified as a key category for only 7%, but when looking at individuals who are between 18 and 34 years old, that number reaches 15%. The Music/podcasts category tells a similar story, with 11% of the total audience behind this format, but the number jumps to 16% among 18-to-34-year-olds. Evan Shapiro, a TV industry veteran, says that “It is glaringly clear that having movies and TV shows are now, simply, table stakes.” Especially as subscriber churn continues to rise, currently averaging at about 30%, streamers are focused not only on attracting new subscribers, but keeping current ones happy with the service and its offerings. Additionally, streamers embracing the power of technology also seem to be making a big impact as they often have the best access to subscriber data. Even though preference continues to fluctuate among different generations, so many people are willing to spend extra on entertainment, no matter their income. Therefore, subscribers are out there, but it is up to streamers to reel them in.

Recession Warning: Media Financier Forecasts For a “Good” Economic Downturn
Media executives from all around the world are gathering in Singapore this week for APOS 2022 to discuss the state of the global entertainment industry. One speaker, Joe Ravitch, a financier and media advisor, warns everyone that, even though the world is beginning to leave COVID strategies behind, additional economic turmoil may lie ahead. While a lot of the consumer trends that closed theaters and canceled live events are being reversed, online behavior has changed for good. While traditional media fades in popularity, Ravitch says that new media “is becoming a battle for share in a shrinking market, not a growing market.” The transition of sports from broadcast TV to streaming is a clear sign of industry upheaval, and even though some countries have laws to keep sports available on broadcast, the rising number of direct-to-consumer sports deals can’t be ignored. Joe predicts that sports rights will become increasingly expensive as companies will seek to further monetize the rights, whether through games or even NFTs. Asia, which is home to the conference, is seemingly far more prepared for this shift compared to the U.S., as these countries don’t have the same strong ties to antiquated TV-models and are efficiently utilizing technology like livestreaming. But ultimately, financiers believe this recession will be “good” because it will cause the industry to tighten their belts and encourage them to make more thoughtful and impactful decisions. Michael Nathanson, senior MD at MoffettNathanson, also spoke at the conference about how Wall Street is losing faith in entertainment as consumers are still cutting their chords but unsubscribing from streaming at the same time. Nathanson predicts that the industry will continue to consolidate and bundle as a result of this recession.

MAX Gets Bold: The Popular Exhibitor Acquires Tech Streaming Startup
IMAX is trying to set themselves apart from competitors by telling Wall Street that the company is “more than an exhibitor.” And they are sticking to their word by acquiring SSIMWAVE for $21 million. SSIMWAVE is a video streaming tech firm that uses data and machine learning to allow streaming players to provide a better customer experience through high quality audio and video. The startup works with clients such as Disney, Paramount, and Warner Bros. Discovery, and its addition to the IMAX portfolio expands the theater’s revenue stream. This new acquisition also brings IMAX into the world of streaming content. Even with their expanding portfolio, the majority of their revenue still comes from box office sales. In its fiscal fourth quarter, these additional business initiatives brought IMAX $1.15 million, but the company's total revenue in the most recent quarter equaled $74 million. Several analysts have already chimed in with their approval of the recent purchase, saying that this will help bring the company known for its big screen into the home. Michael Ng, an analyst at Goldman Sachs, believes that this video company will also help better IMAX and establish the company as a true expert as both an exhibitor and in industry technology. Ng went on to say that IMAX investors are “encouraged by the potential synergies to be realized by combining SIMMWAVE’s product in image enhanced for streaming, gaming, VR/AR with IMAX’s scale, deep industry relationships and global footprint.”

Academy Member Cameos: Oscar Ceremony Welcomes New Seat Fillers
The latest Academy membership meetings inspired some upcoming changes for the 2023 Oscar ceremony. In a recent organization-wide email, AMPAS CEO Bill Kramer and President Janet Yang shared that all Academy members are welcome at the Oscars ceremony to play the vital role of seat-filler. A seat-filler is a common job for ceremonies that ensures the audience always looks full, even when a seat is only shortly vacated by an individual originally allocated for the seat. This role is especially important during the ceremony when a celebrity must take the stage to present or fill other event duties. While this role typically is open to volunteers who may be eager for a short amount of screentime, academy voters now have the opportunity to sit among those they potentially voted for. A ticket lottery for Academy Members will also be held for the ceremony, and a lottery currently is underway for the Governors Awards on November 19. The idea for seat-filler was provided by a member and AMPAS plans to implement this strategy for the March 12 event, and more information on guidelines in protocols will be shared in the fall. The Academy leaders are also planning on hosting Membership Screenings in Los Angeles, New York, and London. While screenings have been slow to return, members are eager to see Oscar-contending movies with their academy peers. 11 films have showtimes in October for Academy members at the Samuel Goldwyn Theater, and members hope to see more in the future, with the potential addition of Q&As with filmmakers. The email to members also clarified several other initiatives, including the screening of international feature films, and the continuation of talent development, education, and community programs.

Cult Classic NFT: The Fight to Tokenize Pulp Fiction
Back in January 2022, the two-year-old blockchain platform, Secret Network, wanted to take Hollywood by storm by teaming up with filmmaker Quintin Tarantino to release an exclusive Pulp Fiction NFT. This project, headed by Guy Zyskind, CEO of SCRT Labs, would help propel the network into the mainstream, potentially convincing other celebrities and brands to partner with the network. Secret Foundation, a marketing agency for the platform, believed that this sale could bring in seven figures. But after a press release announcing the $1.1 million sale was published, things changed. The network planned to sell six more Pulp Fiction NFTs, but this has since been scrapped, claiming that “market volatility” caused them to pull back on the idea. This also created some tension within the network, as members reportedly loaned the group money to drive up the original big but have never been paid back. Moreso, the same people also have no access to view the NFT they helped purchase. When the market crashed in 2022, many studios who began investing in NFT market strategies had to rethink their original plans. The original Pulp Fiction NFT, titled “Royale With Cheese,” also had several underlying issues, mainly with intellectual property rights. The studio behind Pulp Fiction sued Tarantino, saying that he did not own the rights to the screenplay, and the case was settled quietly earlier this month. Since the original sale, the group has made several promises to establish a DAO to share the NFT and even hold watch parties to create community, but nothing has happened. Zyskind hopes NFTs will continue to break into Hollywood and aims to work with several other directors of cult classic films.