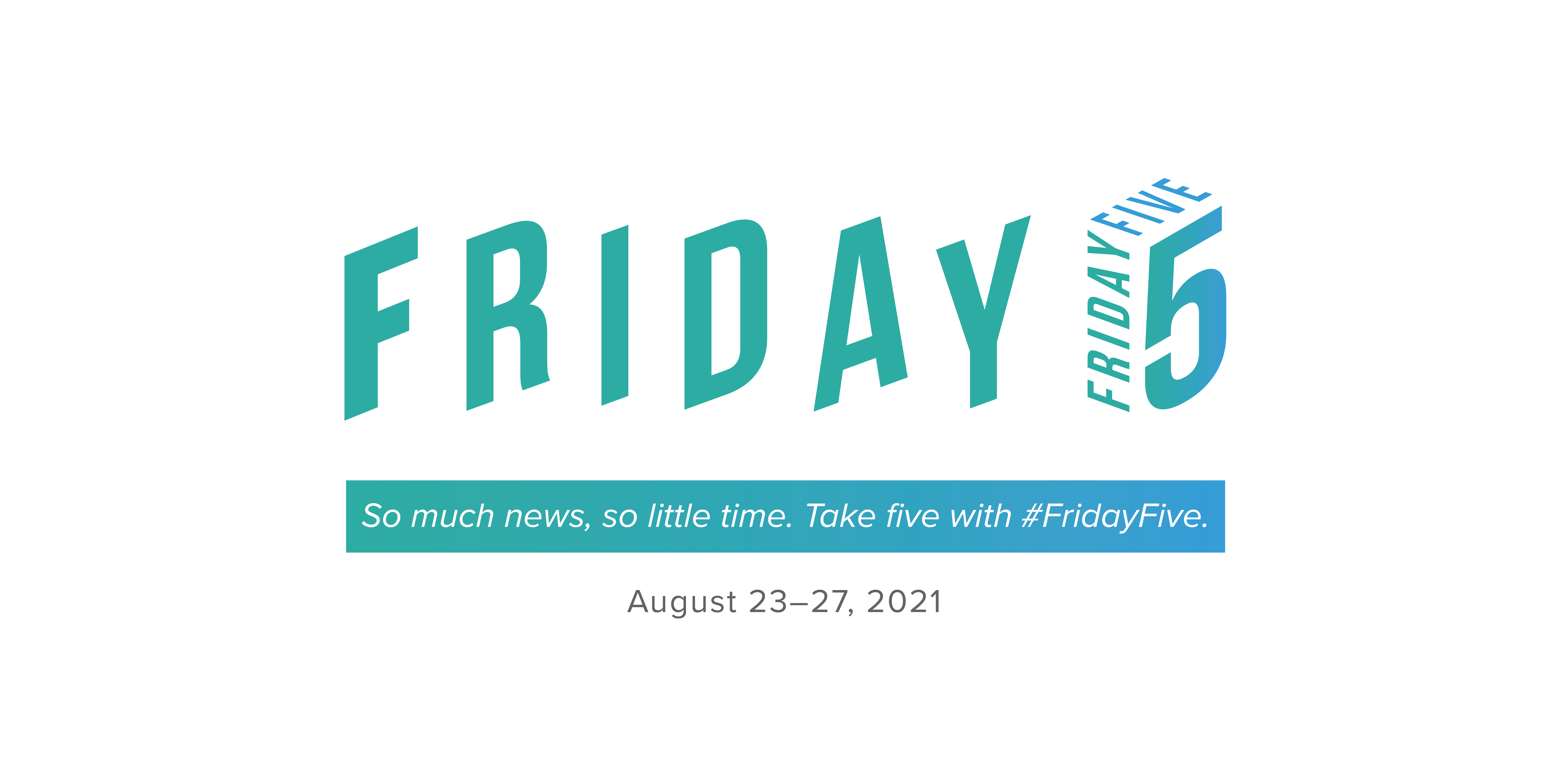 Tributes Pour in for Charlie Watts, Legendary Rolling Stones Drummer
“Drums beating, cold English blood runs hot,” Mick Jagger sings on the classic tune Brown Sugar. Sadly, the Rolling Stones’ drums have stopped beating. Charles Robert “Charlie” Watts, the English band’s well-dressed, mild-mannered drummer, passed away in London at the age of 80 just weeks after dropping out of the upcoming No Filter Tour of the United States. According to his representatives, “he passed away peacefully in a London hospital earlier [Tuesday] surrounded by his family.” The music world is in deep mourning as the curtain falls on one of rock’s elder statesmen. Watts’ time with the Stones is the stuff of legends. Along with bands like the Beatles, the Kinks, and the Animals, Watts and company stormed American shores as part of the British Invasion during the 1960s. His smooth, effortless percussion was the band’s heartbeat, though as a man, Watts wasn’t nearly as showy as some (certainly not his frantic bandmates). Still, as Rolling Stones guitarist Keith Richards once said, “Everybody thinks Mick and Keith are the Rolling Stones. If Charlie wasn’t doing what he’s doing on drums, that wouldn’t be true at all. You’d find out that Charlie Watts is the Stones.” Thanks for the music, Charlie. You’ll be missed and remembered.

Red Ledgers for All: How ScarJo's Mouse House Battle May Affect Hollywood Dealmaking
What an interesting time to be an entertainment lawyer! Regardless of how the highly publicized dispute between Black Widow star Scarlett Johansson and her former employer, Disney, ends, Hollywood will certainly feel the effect. In short, the debate is about the amount of money the former Avenger believes she is owed by Marvel’s parent company from the profits of her last outing, which was suppressed quite a bit by the ongoing COVID-19 pandemic. Because of the film’s atypical release, some contractual gray areas are causing a great deal of consternation for both parties. “The Hollywood I grew up in, people had an understanding that terms were generally understood,” laments Greenberg Glusker partner Matt Galsor, “and you’d be dealing with the people on the other side of the table again and again. That is gone.” Without getting into the back and forth, it’s worth noting that this debate will greatly affect the way transactional attorneys negotiate deals for top talent going forward. While the streaming era has brought a myriad of complicated issues relating to residual payments and back-end compensation, the recent push toward day-and-date release has exposed many of the challenges facing the entertainment industry's new normal. Many feel a growing divide between creators and those larger entities for whom they work. Will this result in tighter contracts? Bigger up-front deals instead of points on the back end? Hopefully, the hot blood will cool so the industry can find a suitable solution for all parties. Movies aren’t going to make themselves, after all!

Hard Boiled: New Censorship Law Could Wreak Havoc in Hong Kong
"We are very worried,” explains Tenky Tin, chair of the Federation of Hong Kong Filmmakers’ executive committee. “Our greatest concern is whether we would be breaking the law.” The law in question is newly proposed legislation that would inject national security elements into Hong Kong’s already-strict censorship system. If passed, the law would allow the government to retroactively change previously issued exhibition approvals and provide multi-year prison sentences in the case of a breach. Worried filmmakers cite a lack of transparency from the government, not to mention the fact that there is no true appeals process in place. The new law would only harden the censorship laws Hong Kong maintains, which in one case saw two prop makers found guilty of counterfeiting when the fake bank notes they made for the film Trivisa were deemed too realistic. Under the new law, this case could be considered a breach of national security. Filmmakers also worry that this new law could suppress the economy, with investors less likely to put their money into films that might bring some sort of trouble. “The trade has a lot of questions,” admits director Mabel Cheung, “We have had meetings with officials, mainly to ask them what’s allowed and what’s not ... But the government hasn’t been able to give any concrete answer.” While some filmmakers are looking to move and produce movies elsewhere, some still have hope. According to Tin, “There’s still freedom in Hong Kong. We just hope that it won’t continue to deteriorate, and things can be relaxed one day.”

Jab It Up, You Hosers! Toronto Film Festival To Require Vaccinations for Entry
Following a growing call for promoters to mandate a coronavirus vaccination for attendees of big events, the Toronto International Film Festival has required that guests be protected against COVID-19 for this year’s event. After last year’s digital event, the smaller-than-usual festival will take place between September 9 and September 18 and will host several premiere screenings, such as Dear Evan Hansen, Last Night in Soho, and the Alanis Morissette documentary Jagged. On Twitter, the organization explained, “Festival staff, audience members, and visitors entering #TIFF21 venues from September 9–18 will be required to show either proof they have been fully vaccinated against COVID-19 or proof that they have tested negative for COVID-19 within 48 hours prior to entering any TIFF venue.” In addition, guests will be required to wear a mask. Overall, this sort of demand has become more commonplace in industry circles, as Hollywood has recognized the lingering threat of the pandemic on the health of its crews and the stability of its productions. If you haven’t gotten your jabs yet, do it soon, because you won’t want to miss Toronto’s special screening of Frank Herbert's classic Dune from director Denis Villeneuve. After all, “he who controls the spice controls the universe.”

Sharing More Than Cat Videos: YouTube Tops 2 Million Profit-Sharing Creators
As it takes the crown for largest tech platform supporting the creator economy, YouTube has officially surpassed 2 million creative subscribers on its YouTube Partner Program. The platform, which shares a cut of the revenue generated by advertising with creators, launched back in 2007 and allows partner channels to keep 55% of generated cash under YouTube’s standard revenue-sharing terms for YPP. In fact, the company claims it has paid out over $30 billion to creators, artists, and media companies over the past three years. For their part, YouTube is extremely proud of their accomplishment. In a blog post, chief product officer Neal Mohan wrote, “Now, more than 2 million creators participate in YPP globally, including many who might not otherwise have had a platform, from tech reviewers to entertainers. And many of these creators are generating jobs and contributing to local and global economies.” Still, the company faces a host of complications that they must constantly stay on top of, such as channels that don’t comply with its guidelines by using targeted hate speech and misinformation. To combat those acting in bad faith, YouTube has put in place a team of “trained raters” to review content. After drawing the ire of some over the last few years for demonetizing the videos and channels it felt were not “advertiser friendly,” YouTube has made a concerted effort to help creators meet existing policies without disruption. And it’s not just the YouTube Partner Program that provides financial opportunities; artists on the platform have multiple ways to cash in on their content. Between channel memberships, merchandise sales, and concert ticketing, it’s a good time to have a camera phone and some spare time!